Li-ion batteries might lose their leadership in stationary applications

‘We are looking at the solution, but most of the time we forget the problem’

The energy scenario is changing as a result of years of green policies adopted by the major countries in the world. With energy storage playing a key role toward the integration of variable renewable energy (VRE) in the power grid, will Li-ion batteries keep dominating the stationary storage market? 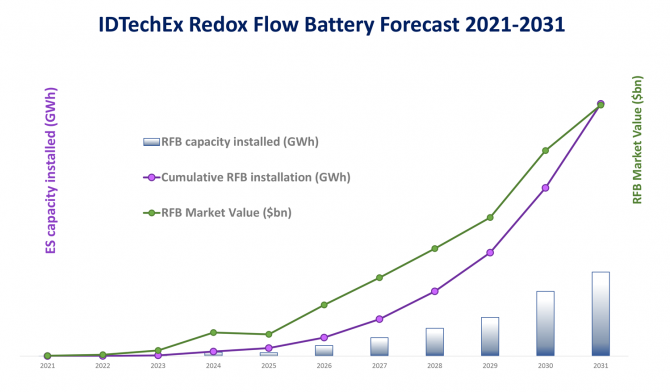 Li-ion battery technologies have dominated the stationary energy storage field, but will they continue to follow this path?

The results from IDTechEx research shows that RFB technology might start to gain field to Li-ion batteries over the next decade, overtaking the Li-ion battery energy capacity installed before the end of 2030.

The large adoption of variable renewable energy (VRE) is substantially affecting the grid infrastructure, and more renewables will be installed, so the necessity to adjust and update the power grid will be greater. In fact, variability is one of the issues faced by the power grid.

While the power grid flexibility is a characteristic that has existed in power systems from well before the advent of low-cost VRE, the evolution of its definitions has undoubtedly been driven by the increased adoption of VRE. 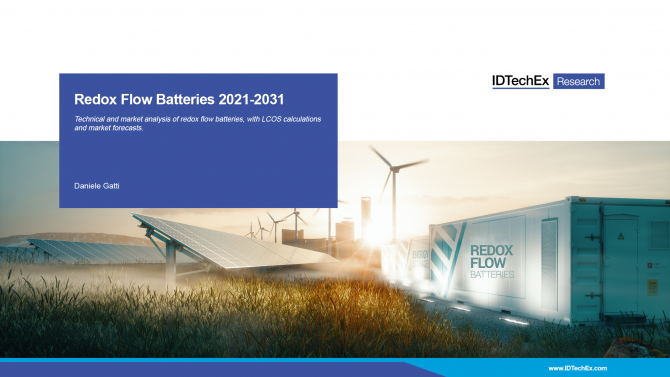 The IEA in 2017 defined flexibility as: “the ability of the power system to deal with a higher degree of uncertainty and variability in the supply-demand balance”.

The author of the report believes, based on scientific studies, that the redox flow battery might take a larger share of the energy storage capacity toward the end of 2030, based on the expected larger renewable energy penetration.

For more information on this report, please visit www.IDTechEx.com/Redox

Related Stories
Variety of use for large lithium-ion batteries expands
INTELEC 2012: GE Energy Storage makes move into stationary market
Billions of low power electronics operating without batteries: Report
Next-gen batteries beyond Li-ion will be worth $10B