The supercomputer Fugaku, jointly developed by RIKEN and Fujitsu, has successfully retained the top spot for three consecutive terms on all four of the major high-performance computer rankings. This includes the TOP500 list as well as the HPCG, a performance ranking for computing methods often used for real-world applications, HPL-AI, which ranks supercomputers based on their performance on single- and half-precision computing typically used in artificial intelligence applications, and the Graph 500 ranking, which ranks systems based on graph analytic performance, an important element in data-intensive workloads.

The results of the TOP500, HPCG and HPL-AI rankings were announced on June 28, and the details of the Graph 500 will be revealed on July 1 at ISC High Performance 2021 Digital, which is currently being held as an online event. 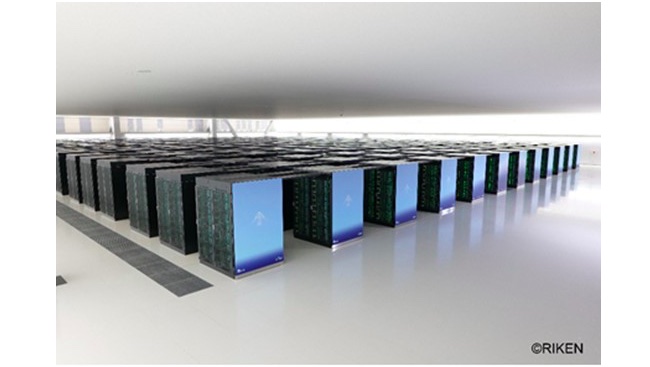 The top ranking on Graph 500 was won by a collaboration involving RIKEN, Kyushu University, Fixstars Corporation, and Fujitsu. It earned a score of 102,955 gigaTEPS.

According to Satoshi Matsuoka, director of RIKEN R-CCS, “Fugaku is a crystallization of the world’s most advanced IT technology, combining high performance, low power consumption, and user friendliness. In addition to topping the major benchmarks of simulations, big data, and AI for the third consecutive term, it has also made a major contribution to the establishment of COVID-19 safety guidelines for the government and private sector, and has helped lead a digital transformation in the area of infectious diseases. With this continued dominance we have been show that Fugaku is leading the world in a range of areas. We will continue to use it to contribute to the achievement of Society 5.0 and the SDGs in Japan.”

“We are thrilled that we were able to successfully claim the top spot on the major benchmarks for the third consecutive term,” says Fujitsu CEO Naoki Shinjo.

We owe this success to our close work together with RIKEN to improve application performance, which led to the realization of this highly balanced performance. From this March, Fugaku has started shared use, and we are pleased that many researchers and organizations are already taking advantage of the unparalleled capabilities offered by Fugaku. Fujitsu recently announced its plans to use Fugaku in joint research with the Research Center for Advanced Science and Technology, at the University of Tokyo to contribute to the development of new drugs to combat COVID-19. In the future, we anticipate that Fugaku’s use will continue to play an important role in contributing to the realization of the Japanese government’s plan for Society 5.0, including in areas like drug discovery, as well as ensuring a secure and safe society. We would like to once again express our sincere gratitude to RIKEN and others for their great cooperation and support.”