AI and ML algorithms require intensive computing operations. When coupled with massive amounts of data, these applications test the limits of classical computers. Quantum computers however can solve problems with a complexity that exceeds the computing capacity of conventional supercomputers, opening up new possibilities for applications across different fields including AI, biochemistry, finance, and cybersecurity. 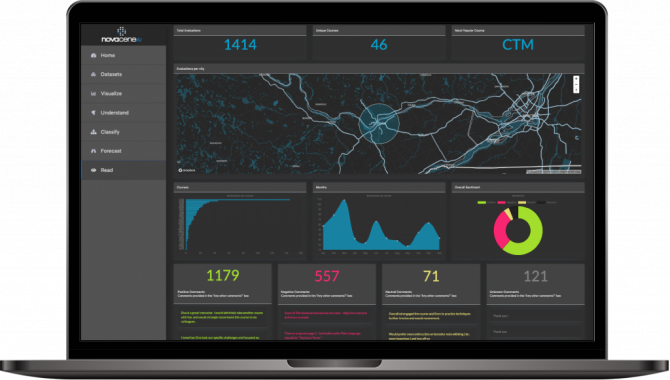 True to its mission of lowering barrier to technology adoption, CMC has made quantum technology more accessible for researchers and business. As a member of the IBM Q Hub at the Université de Sherbrooke Institut quantique (IQ), CMC has exclusive cloud-based access to IBM’s most advanced quantum computer systems and software, and has a world class, in-house quantum team.

For Marcelo Bursztein, Founder and CEO of NovaceneAI, partnering with CMC was a great opportunity to use quantum technology to take his business to the next level. “This is a great example of organizations coming together to democratize quantum technology. Integrating quantum technology into the NovaceneAI Platform has the potential to give our customers unprecedented data analysis capabilities. We see this effort as the starting point of an exciting collaboration ahead.”

Key in the emerging quantum space

Canadian firms and researchers are recognized internationally for their leadership and expertise. As firms and industries around the world are investing massively in the quantum space, Gordon Harling, President and CEO of CMC Microsystems was delighted that a made-in-Canada, commercial quantum application has been launched. “Early mover advantage is key in the emerging quantum space, which has limitless commercial potential. This partnership has Canadian researchers supporting a Canadian firm in the AI space. Best of all, NovaceneAI makes quantum analysis accessible for business users and opens doors for applications and research where Canada can thrive.”