SaskTel announced on March 15 that Samsung Electronics Co. Ltd. would be the sole vendor to supply SaskTel with its 4G/5G Radio Access Network (RAN) and Core. Korean-based Samsung will supply all hardware, software and associated expertise to ensure the successful deployment of an end-to-end 5G solution.

This would otherwise be a pedestrian corporate deal between a relatively small Canadian telecommunications firm and a global tech giant, but the stakes are high, with global implications. Significantly, while SaskTel has Chinese-based Hauwei equipment for its 4G network, it did not choose to remain with Hauwei for its new network rollout. In this case, the story isn’t so much which company was chosen, but rather, which one was not. 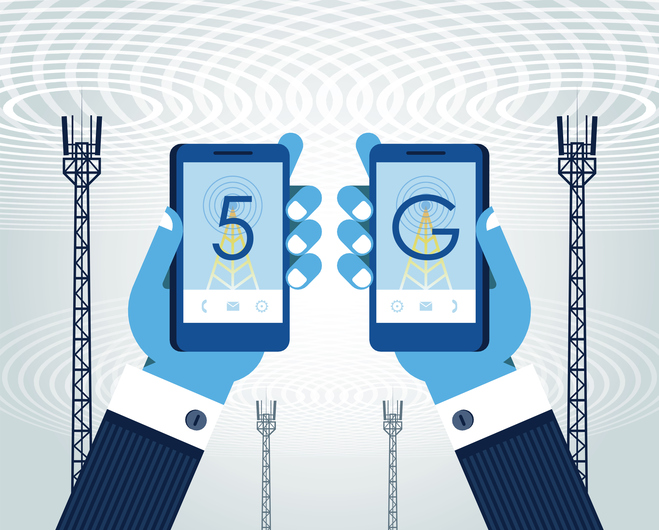 A major issue facing telecom companies like SaskTel has been which company they will chose to provide their fifth generation (5G) cellular networks. The United States, as well as other nations in the Five Eyes intelligence network of which Canada is a member, have been adamant that Chinese giant Huawei not be allowed. The reason for this is fears that the Chinese government, which effectively owns Huawei, could use the system for espionage on a grand scale. That’s something the United States, itself, did with the assistance of AT&T, as reported by the New York Times in 2015.

Added to this, at the United States’ request, Canada arrested a Hauwei’s chief financial officer, Meng Wanzhou, on Dec. 1, 2018, in Vancouver. That arrest was so that she could be extradited to the U.S. on charges of committing financial fraud to circumvent American sanctions against Iran. China promptly arrested two Canadians in China, Michael Spavor and Michael Kovrig, and has held them ever since, a major irritant between this nation and China.

Top of the tower and radio equipment at the bottom

As a result, the selection of a 5G network provider has become highly charged on many levels. Don Morgan, Minister Responsible for SaskTel speaking to the Legislature’s Crown and Central Agencies Committee on June 25, 2020, said that for SaskTel’s 4G network, “The products that are in that network, both on top of the tower and the radio equipment at the bottom, are Huawei equipment almost exclusively across the province.”

At the time, Bell and Telus, both major players, were indicating they were moving away from using Huawei. “If they choose to do that, we will have to do … that will have to be a decision here. So the likelihood here is that we would not use Huawei for any of the core network for 5G,” Morgan told the committee last June.

Issues of security in the core network

“When we go forward into 5G there’s the issues of security in the core network and what support you have from other governments, including the government of Canada,” Morgan said. “We in Saskatchewan have to go lockstep with Bell and Telus; that’s who we partner with.”

But on March 16, in an interview with CJME/CKOM’s John Gormley, Morgan said the province had gone to the federal government, seeking a recommendation on what to do with regards to Huawei. “And to this day, we’ve had no support from them whatsoever,” Morgan said.

He added, “The federal government has been missing in action on this” and that Canadian/Chinese relationship was “a major factor.”

In a press release on March 15, Morgan said, “SaskTel’s deployment of a transformational 5G network will foster continued innovation and support the growth of Saskatchewan’s technology sector.”

“5G technology will deliver new levels of performance and efficiency that will enhance user experience and set the foundation for smart cities, next generation virtual healthcare, immersive education, smart agriculture technology and next level gaming.”

“We are pleased to select Samsung as the sole vendor for our 5G network deployment and we are confident that Samsung’s state-of-the-art 5G technology will deliver robust network capability and exceptional connectivity inherent in their 5G solutions,” said Doug Burnett, SaskTel President and CEO. “The increased speeds, reliability, and capacity that 5G brings will support remote work, virtual health, and distance education, and enable SaskTel’s customers to realize the full capabilities of the latest 5G-ready devices, including the Samsung Galaxy S21 Ultra 5G.”

“We are excited to collaborate with SaskTel to roll out next generation 5G services within Saskatchewan, further expanding our 5G horizons in Canada with unparalleled 5G network solutions,” said Jeff Jo, President and CEO of Samsung Electronics Canada. “Samsung is looking forward to supporting SaskTel and providing an end-to-end 5G solution exhibiting Samsung’s ongoing global commitment to advancing a new era in 5G expansion.”

Since 2010, SaskTel has invested over $3.0 billion in capital throughout Saskatchewan to bolster its networks and the investment in 5G technology will prepare for the future demand and deliver an exceptional user experience. SaskTel is committed to investing $324 million of capital across Saskatchewan in 2020-21 and over $1.6 billion through to 2025. These investments will ensure that SaskTel customers will continue to enjoy some of the best communication and entertainment services in the world.

Morgan noted in that committee hearing last June, “A 5G, the signal does not travel very far. It’s designed for densely-populated areas, high profit for SaskTel, but not suitable for large rural areas where you’re trying to get the maximum coverage between towers.

“So a tower and equipment on a tower typically has a lifespan of four to six years. So the equipment that’s around the province right now would likely run out its lifespan or would be phased out over time. The equipment that is in Saskatoon and Regina that is Huawei 4G equipment, some of it will have to be taken down. That equipment would be repurposed and moved elsewhere in the province.”