University professor Benoît Lessard and his team are developing carbon-based technologies which could lead to improved flexible phone displays, make robotic skin more sensitive and allow for wearable electronics that could monitor the physical health of athletes in real-time.

With the help of the Canadian Light Source (CLS) at the University of Saskatchewan (USask), a team of Canadian and international scientists have evaluated how thin film structure correlates to organic thin-film transistors performance. Organic electronics use carbon-based molecules to create more flexible and efficient devices. The display of our smart phones is based on organic-LED technology, which uses organic molecules to emit bright light and others to respond to touch. 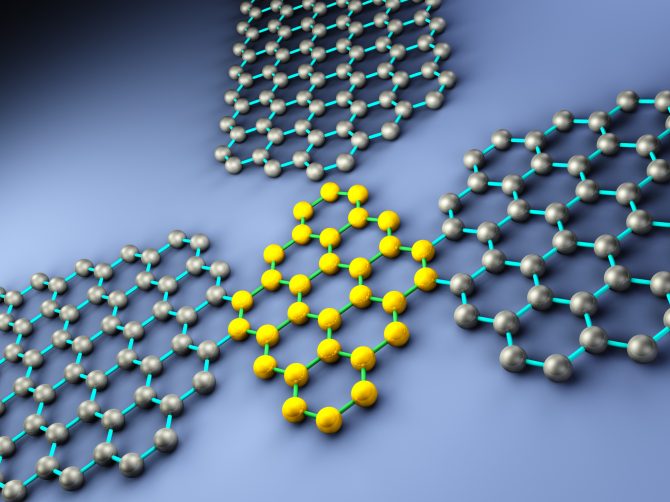 Lessard, the corresponding author of a recent paper published in ACS Applied Materials and Interfaces, is excited about the data his team has collected at the HXMA beamline. As Canada Research Chair in Advanced Polymer Materials and Organic Electronics and Associate Professor at the University of Ottawa in the Department of Chemical and Biological Engineering, Lessard is working on furthering the technology behind organic thin-film transistors. To improve on this technology the team is engineering the design and processing of phthalocyanines, molecules used traditionally as dyes and pigments.

“The features that make a molecule bright and colourful are features that make them able to absorb and emit light effectively.” Lessard said. “A lot of things we want in a dye or pigment is the same thing we are looking for in your OLED display –brightly coloured things that make light.”

Phthalocyanines have been used in photocopiers and similar technologies since the 1960s. Repurposing these molecules ¬for use in organic electronics helps keep costs down and makes the manufacturing of these devices more practical, allowing for their use in many unusual applications.

“The computer we are using has a billion transistors, but if you want to have artificial skin for robotics or wearable sensors, you are going to need flexible, bendable electronics and the best way to do that is to go organic,” Lessard said.

Creation of sensors that detect cannabinoids

Organic electronic technologies can be used in artificial skin for burn victims or electronic skin for robots. Organic sensors could be imbedded in athletic clothing and could send information to coaches who could observe an athlete’s hydration levels by monitoring what is lost in their sweat.

“The applications are sort of anything you can dream of,” Lessard said.

Lessard has also used this technology in the creation of sensors that detect cannabinoids, the active molecules in cannabis. He is co-founder of a spin-off company called Ekidna Sensing, which develops rapid tests for the cannabis industry based on similar technologies.

Not powerful enough to reveal what happens

“Everything we are learning at the synchrotron could help us towards this goal of the start-up company,” Lessard said.

While there are table-top technologies available, they aren’t powerful enough to reveal what happens at the interface, which is only a couple of nanometers thick. The team couldn’t have generated the data needed for understanding how the transistors perform without the help of the CLS.