EMA Design Automation a full-service provider and innovator of electronic design automation (EDA) solutions, announced that it is extending its focus on designer productivity to the IC world by partnering with SkillCAD to bring their LAS (layout automation suite) to the Cadence Virtuoso User Community. 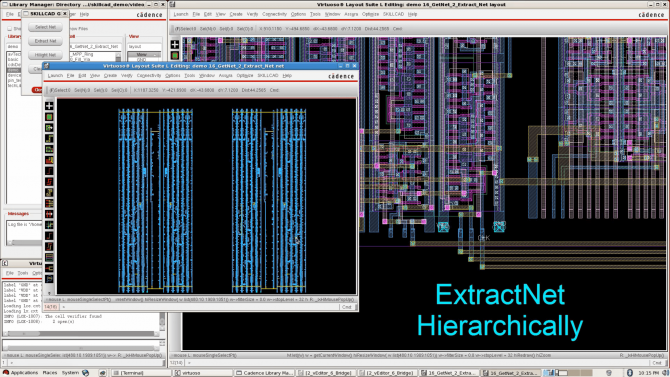 “Much of the time spent designing an IC is during the layout phase,” said Manny Marcano, president and CEO of EMA Design Automation. “SkillCAD provides over 120 fully-validated commands to enable Virtuoso design teams to realize significant productivity gains through automation, reducing design times by up to 50%. Anyone designing analog, mixed-signal, or RF ICs can benefit from the SkillCAD routines. Current Cadence Virtuoso users have access to these new, time-saving routines directly inside their Virtuoso design environment, providing virtually zero learning curve and an instant productivity boost.”

SkillCAD has evolved into over 120 functions, including:

Widths, spacing, and other design rules are known to the SkillCAD tools, enabling simple commands to correctly construct complex layout objects according to the design rules. This significantly improves productivity of the layout designer, while reducing costly design iterations. Also, the SkillCAD routing commands are extremely powerful, yet easy to use-they automate and simplify usage. There are five main routing commands, with over 200 sub-routines and parameters to automate routing and editing.

“EMA’s sales and support organization coupled with SkillCAD proven technology will give us the resources to provide the Cadence Virtuoso community with powerful routing commands coupled with our patented V-editor, which can improve layout designers’ productivity by hours a day while reducing design errors,” said Pengwei Qian, founder and CEO of SkillCAD.