Turns Canadians' electronics into tracking devices without their consent 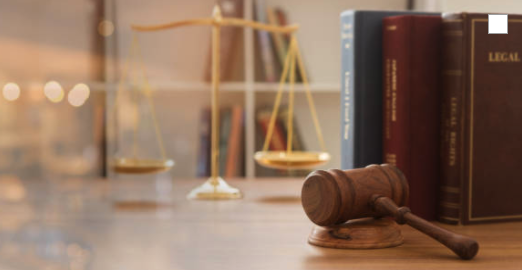 A proposed class action lawsuit has been filed in the Supreme Court of British Columbia against Google on behalf of the millions of Canadians whose personal information the global internet giant collects and profits from, allegedly without Canadians’ consent. The action is part of a coordinated national effort, with additional filings in Toronto and Montreal.

The action involves data collected by Google’s own services and through Google Ads and Google Analytics, which are installed on more than half of global websites. Google trespasses on users’ devices by sending code to their computers, tablets, or smartphones when they visit any of these thousands of sites or services, the claim alleges. That code allegedly forces users’ computers or smartphones to secretly send users’ personal information to Google, including details such as their name, gender, and location, the terms they’ve typed into Google, their IP address, the device they’re using, and the site they’re visiting. This allegedly reveals sensitive personal details, such as marital and parental status, income bracket, and sexual orientation.

Google uses this personal information to generate profiles of almost all internet users. It uses some of this information to target advertising, the claim alleges, without the users’ knowledge or consent, in violation of Canadian laws that protect privacy and personal interests.

Luciana P. Brasil, partner at Branch MacMaster LLP said, “The claim alleges that Google turns Canadians’ electronics into tracking devices, which it uses to build profiles on almost every Internet user in Canada; even people Google has no relationship with, all without their consent. There is no reason Canadians should tolerate what we say is extensive surveillance of their daily online activities, especially because Canada has laws specifically intended to protect them from such actions.”

The claim also alleges that Google violates consumer protection and competition laws by misrepresenting its privacy and data practices.

“Google tells its users that they have a choice about how Google uses their information, but we don’t believe that users have a choice about whether or not Google collects their information in the first place,” said Reidar Mogerman QC, partner at Camp Fiorante Matthews Mogerman LLP. “The claim alleges this is misleading advertising and is a direct violation of consumer protection law.”

The claim is seeking compensation for invasion of privacy, trespass, and consumer protection violations, and other causes of action. It also seeks an order preventing Google from continuing these practices.

Jonathan Foreman, partner at Foreman & Company said, “Internet-based companies doing business in Canada have to follow Canadian privacy, competition and consumer protection laws. This case aims to rein in what we say is rampant collection of personal information and to make sure Canadians’ privacy rights are protected.”

The claim is brought on behalf of residents of Canada who used Google services or visited websites containing Google Ads or Google Analytics. Although there is no action required at this time from proposed class members, anyone seeking to receive direct updates or any court-approved notices can request to be added to a list of potential claimants by emailing Conall Kelly at ckelly@branmac.com.