Over restrictions on exports of products used in semiconductors, mobile phone displays and television displays

World Trade Organization members on Wednesday created a dispute panel to rule on a complaint by South Korea against Japan over restrictions on exports to Korea of products used in semiconductors, mobile phone displays and television displays. Tokyo said it was “deeply disappointed” by the move from Seoul. 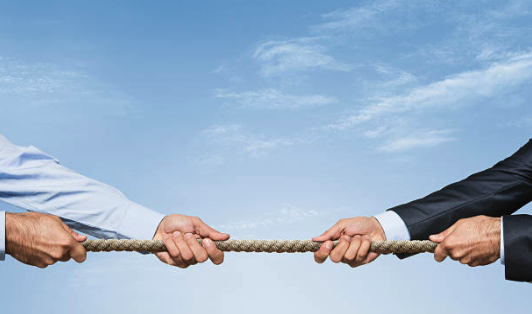 In what was largely a formality under WTO rules, its Dispute Settlement Body assented to the request from South Korea despite Japanese claims that the export restrictions are needed for national security. The showdown involves two stalwart U.S. allies and has prompted the Trump administration to try to ease the rising economic and political tensions.

Japan could play the clock

The move sets off what is likely to be months of preparations and discussions before a decision is reached. But even then, Japan could play the clock and appeal any decision against it to the WTO’s top arbitrators – the Appellate Body – which is no longer taking new cases because the United States has blocked appointments to it.

The standoff erupted last July when Japan slapped export controls on fluorinated polyimide, resist polymers, and hydrogen fluoride products and related technologies when destined for South Korea. The products are used in the manufacturing of screens and computer chips and are key inputs for a potent electronics industry in South Korea, home to mobile-phone heavyweight Samsung.

Japan says the exports present a security risk, citing unspecified concerns over South Korea’s export controls on sensitive materials that could also be used for military purposes. Seoul insists that Japan’s move has political overtones and has led to increased scrutiny, higher costs, unnecessary delays and disruptions to global supply chains among other fallout.

The Japanese government said Wednesday it was “deeply disappointed that Korea has chosen to request an establishment of a panel,” and insisted in a statement that it has granted and will grant export licenses for applications on the three items “once confirmed that the goods and related technologies are exported for civil use.”

“In Korea’s view, Japan’s export restrictions on the three products and their related technologies constitute a politically-motivated, disguised restriction on trade,” the South Korean government said in a note provided to The Associated Press.

South Korea had paused its WTO action in November, when it decided to keep a military intelligence-sharing agreement with Japan that it previously threatened to end over conflicts stemming from wartime history and trade. Japan in return agreed to resume talks aimed at settling the dispute, but South Korea said no progress was made – and pressed on with the challenge leading to Wednesday’s decision.