Intel has fallen behind in its ability to make commercially ready, leading-edge chips in sufficient volumes, opening the door to its main rivals, AMD and Nvidia, says GlobalData, a leading data and analytics company. 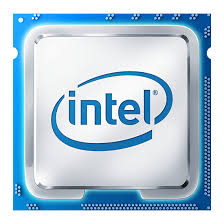 Intel’s recent bombshell that it has stumbled – yet again – in the production of its 7-nanometer (nm) parts was a shock to the industry nonetheless, and the company implied that it would outsource manufacturing to TSMC to guarantee the supply of its next-generation chips by the current scheduled date of 2021 and 2022. The delays have cost Intel’s chief engineer Murthy Renduchintala his job, with Ann Kelleher taking over the development of 7nm chip technology processes.

Mike Orme, Thematic Research Consultant at GlobalData, comments: “Intel has a vanishingly small prospect of catching up with TSMC’s process technology over the next three years. To protect its leading market positions in PCs and data centers, it will need to join its main rivals in bidding for limited TSMC capacity. Industry insiders suggest it has placed a large order with TSMC for next year.

“The company faces what its former CEO Andy Grove called a strategic inflection point. It needs to go back to basics and rethink its historic business model, which is based on both designing and manufacturing all of its chips. It’s a fair bet that it will now go beyond the immediate emergency measure of outsourcing manufacturing of the 7nm chips and outsource production of its leading-edge chips as a company policy to cover the next two generations of process technology, if needs be.

“Meanwhile, Samsung, the only other foundry able to provide leading edge process technology, looks to have fallen a generation behind TSMC, leaving the world at the mercy of TSMC’s Taiwanese Gigafab facilities for its advanced chips. This will not go down well in Washington, especially given the current stormy geopolitical climate. However, Taiwan’s fraught relationship with China is not an issue, because there exists a mutually beneficial and extensive business relationship in technology between them.

“It says something that, on half of Intel’s revenues, TSMC commands twice Intel’s market cap at over $400bn. There’s nothing like being a near-monopoly supplier of a must-have service.”