Samsung and Huawei moved into a virtual tie for the top spot in global smartphone sales, Gartner says

The COVID-19 pandemic continued to impact the global mobile phone industry, as worldwide sales of smartphones to end users totaled 295 million units, a decline of 20.4% in the second quarter of 2020, according to Gartner, Inc. 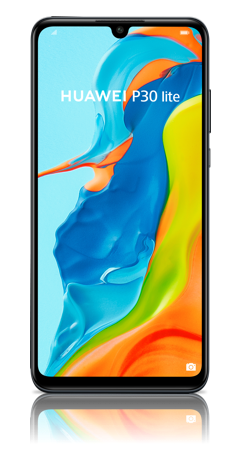 Almost all major markets, except China, continued to face some form of shelter-in-place restrictions for most of the second quarter of 2020 which led to continued declining smartphone demand. “The improved situation in China saw demand recovering quarter- over-quarter,” said Anshul Gupta, senior research director at Gartner. “Travel restrictions, retail closures and more prudent spending on nonessential products during the pandemic led to the second consecutive quarterly decline in smartphone sales this year.”

Even with increased demand, smartphone sales in China declined 7% in the second quarter of 2020, with nearly 94 million smartphones sold. India which adopted rigorous lockdowns (even restricting e-commerce) recorded the worst smartphone sales decline (-46%) among the top five countries in the world.

Due to rounding, some figures may not add up precisely to the totals shown.

Huawei’s smartphone sales dropped 6.8% and totaled 54 million units year on year. “Huawei’s performance in China helped it avoid a worse quarterly performance,” said Mr. Gupta. “Huawei extended its lead in China where it captured 42.6% of China’s smartphone market in the second quarter of 2020. Huawei put in place an aggressive product introduction and sales promotion in China in particular and benefited from the strong support of communications services providers for its 5G smartphones.”

Apple sold 38 million iPhones in the second quarter of 2020, a decline of 0.4% year-over- year. “Apple’s iPhone sales fared better in the quarter than most smartphone vendors in the market and also grew sales quarter-over-quarter,” said Annette Zimmermann, research vice president at Gartner. “The improved business environment in China helped Apple achieve growth in the country. In addition, the introduction of the new iPhone SE encouraged users of older phones upgrade their smartphones.”

Gartner clients can learn more in the report “Market Share: PCs, Ultramobiles and Mobile Phones, All Countries, 2Q20 Update.” Additional information on how organizations can use technology to get back on course post-COVID is available in the Reset your business strategy section on gartner.com. Complimentary research, insights and webinars are offered to help leaders build resilience on their path to business recovery.