Google has acquired Kitchener-Waterloo-based smart glasses maker North. The company formerly known as Thalmic Labs announced the sale on its website, but neither company disclosed the value or terms of the deal and in an email Google Canada spokesperson Molly Morgan refused to offer specifics. 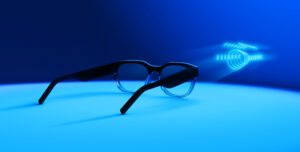 North was founded in 2012 and quickly developed Myo, a gesture-based device that transformed neuro-muscular impulses into signals computers could understand. It shifted in 2018 to making Focals, battery-powered smart glasses can receive and send text messages, order Uber rides and display the time and weather.

The company opened two stores in Toronto and Brooklyn, N.Y., but the glasses never caught on and North was forced to lay off some staff. North says it has since become clear that aligning with Google would significantly advance the company, so they reached a deal and are due to keep their operations in Kitchener-Waterloo.