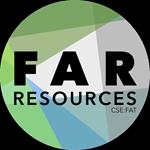 The VAB Controller is being developed specifically to increase efficiency of batteries being used in extreme temperature conditions. The system incorporates temperature sensors and monitoring functions to independently detect battery and engine conditions and automatically report when they exceed normal operating parameters.

The system includes autonomous monitoring of battery voltage and temperature, oil, engine block and coolant temperature, which it records along with the relevant time-stamped data and which is automatically uploaded to owners or fleet managers, thus alerting them to possible maintenance issues before they become problems in the field. When the vehicle is not being operated, the VAB Controller uses the data to initiate, control and manage battery charging and warming as well as engine block and oil warming.

As announced on July 23, 2019, Far will finance the development of various technologies as provided by EBP and its CTO and founder, Lee Wheelbarger, the first of which is the VAB Controller. The prototype design and fabrication is the result of extensive patent, product and market research funded by Far.

“Advancing the first product from concept to design and prototyping is an extremely encouraging step towards commercializing a product that can support the use of a broader range of batteries—including lithium batteries—especially in extreme environments, conserve electricity for battery charging and limit battery failures,” says Far president Toby Mayo. “The battery industry grows on a daily basis and FAR, in concert with our technology partners, is delighted to be participating in this rapidly expanding sector. This first product development appropriately addresses our desire to create products that increase battery efficiencies, extending their useful lives, decreasing the overall material needs, and represents another successful milestone as the company expands its technology business.”

The VAB Controller has a universal interface which works with the vehicle’s data port and ancillary warming and charging equipment to provide ready-to-start capability, which is achieved by optimizing the battery state-of-charge, and automatically controlling temperature of the battery and engine block. The prototype design provides for simplified ‘plug and play’ installation, ruggedized construction and long-lived operation.

The VAB Controller is designed for use in over-the-road (long haul) vehicles, service vehicles, commercial vehicles and construction equipment, snow grooming and arctic exploration vehicles, as well as marine vessels and stationary installations exposed to very low temperatures. Vehicle operators in areas with long winters or year-round deep cold, such as the northern US States, Canada and other similar areas around the world, offer a readily accessible, global target market for the VAB Controller. The system can also manage batteries exposed to extreme high temperatures, a market which will be expanded on after initial prototypes and testing.

EBP’s Wheelbarger explains: “Maintaining proper battery state of charge and temperature levels prevents battery damage and increases battery life, while autonomous on/off features conserve electricity and ensure vehicle readiness for use when needed. This system is designed to be the most advanced of its kind and will not only save its users time and money, but also increases the life expectancy of batteries while decreasing operating costs, resulting in quick recovery of purchase costs.”