GlobalData study shows it will push for new architectures, business models, and materials

Semiconductors will enable the low latency, high bandwidth, pixel-heavy world soon to be spawned by the widespread deployment of 5G, but it will require a series of industry resets involving new architectures, business models, and materials. China remains the primary industry shaper in semiconductors, according to GlobalData, a leading data and analytics company. 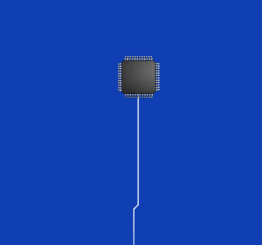 The company’s latest report, ‘Tech, Media, & Telecom Trends 2020 – Thematic Research’, reveals that China’s current economic and technology war with the US shows every sign of being protracted, confusing, and disruptive. The speed at which China’s semiconductor industry becomes self-sufficient is the single biggest structural issue confronting the industry.

Listed below are the top macroeconomic trends in semiconductors, as identified by GlobalData.

China buys more than 40% of global semiconductor production, but only 20% of its demand is met by domestic suppliers. China accounts for at least 30% of the revenues of the top seven US chip companies and, in turn, provides them with supply chain services such as testing and packaging.

With the US ban on chip exports to Huawei, the blacklisting of major Chinese companies supplying equipment used to monitor Uighurs, and continuing US blocks on Chinese corporate acquisitions, Beijing is pushing to become as self-sufficient as possible in chips.

The volatility between the US and China will continue for the next two years at least. China will not reach parity with the US, Korea, or Taiwan by 2025. However, domestic production by native Chinese companies is most likely on track to cater for 25% of its semiconductor needs by 2025.

The Chinese government relies heavily on Baidu, Alibaba and Tencent’s captive operations and investment in start-ups to develop its home industry. Alibaba’s Pingtouge chip subsidiary could become one of the worlds most advanced and aggressive chip operations within five years.

President Trump’s mercurial policy decisions will continue until at least November 2020 presidential election. Trump’s tariffs have had negative consequences for US businesses and consumers. So far, the US semiconductor industry has watered down the impact of tariffs through supply chain manoeuvers.

By mid-2019, Beijing had decided that Trump was weak. China is gearing up to fight a protracted technology war with the US. Beijing’s belief that it has the upper hand will determine the intensity of future tariff and technology wars.

The stance on China of the Democratic Party’s presidential candidate will be an important issue during the election campaign. It is likely the party’s 2020 platform will call for multilateral cooperation with Europe, Japan, and others to counter China.

M&A has calmed down compared to the $200bn spree of 2015-2016, which led to a 40% contraction in the number of independent chip companies. An additional drag on M&A activity is the US’s ban on Chinese acquisitions of US-based semiconductor companies.

GlobalData does not expect the average annual M&A run rate of $30bn a year to increase over the next two to three years. M&A will be driven in part by the leading chip companies using M&A to cut costs, round out research and development (R&D) resources and acquire skilled design, artificial intelligence (AI) and data management personnel. The big players will continue to fund or acquire AI start-ups from the large populations in the US, Israel, and China.