Rogers begins 5G rollout in BC

Rogers announced it is starting to roll out Canada’s first 5G network in downtown Vancouver, Toronto, Ottawa and Montreal so it is ready when 5G devices become available this year. The Rogers 5G network will expand to over 20 more markets by the end of the year. The company also announced it is the exclusive Canadian member of the global 5G Future Forum, a first-of-its-kind 5G and mobile edge computing forum that includes Verizon, Vodafone, Telstra, KT, and América Móvil. 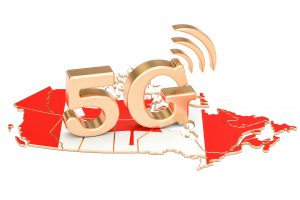 The Rogers 5G network initially uses 2.5 GHz spectrum in the downtown cores of Vancouver, Toronto, Ottawa and Montreal and will expand to use 600 MHz 5G spectrum later this year. 600 MHz is best suited to carry wireless data across long distances and through dense urban buildings, creating more consistent and higher quality coverage in both remote areas and smart cities. In the future, Rogers will also start deploying 3.5 GHz spectrum and dynamic spectrum sharing, which will allow 4G spectrum to be used for 5G. Rogers will also turn on 5G in the Rogers Centre, Scotiabank Arena and Rogers Arena to enhance how fans watch the game in the future as innovation and applications develop.

Rogers is partnering with Ericsson, North America’s 5G provider of choice, to boost and densify Canada’s most trusted network with 4.5G and 5G technology. Rogers has partnered with Ericsson since the launch of wireless services in 1985. To make sure customers get the most out of this new technology, Rogers 5G services will be available exclusively on Rogers Infinite plans with unlimited data and no overage fees.

Related Stories
Rogers and Communitech to unveil 5G Innovation Lab
Rogers Communications to test 5G tech in Ottawa, Toronto
Rogers and U of Waterloo partner to build made-In-Canada 5G technology
Rogers invests $80-million in its wireless networks in the Maritimes