Google sister company Sidewalk Labs has partnered with Plaza Ventures to launch a venture capital fund focused on urban technology. The fund, which includes a $10-million commitment from Sidewalk tied to its proposed Quayside development in Toronto, will focus on a range of early stage Canadian companies that fall under the category. 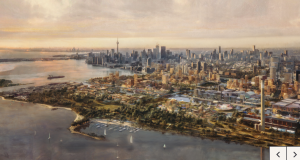 Nicole LeBlanc, director of investments at Sidewalk Labs, said the fund will help urban tech companies, including ones that run into challenges like hardware costs and procurement processes that need more capital.

She said the fund doesn’t yet have a clear definition of what urban tech is but establishing more clarity on what areas and companies they might invest in will be an early focus of the fund. Matthew Leibowitz, general partner at Plaza Ventures, says the urban tech space is just starting to emerge and is still fairly untapped from an investment standpoint.

“Urban tech now is really just starting to evolve and emerge as an investable ecosystem.” 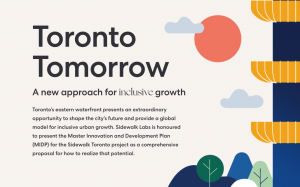 He said the main focus for Plaza Ventures, which hasn’t disclosed its financial commitment to the fund, is to find companies that can scale and go global. The fund, set to launch next year, will also create advisory networks of companies and executives to help the start-up companies grow. Commitments are already in place with Michele Romanow, president of Clearbanc, and Ben Zifkin, CEO of Hubba, the companies said.

Sidewalk Labs said the fund is contingent on its Quayside proposal moving forward. Waterfront Toronto is set to make a final decision on the proposal by the March 31. Waterfront and Sidewalk agreed in October to move forward to a formal review on a scaled-down plan from what Sidewalk had put forward in its draft proposal.