More than 50 percent of smartphones sold worldwide in 2023 will employ active-matrix organic light-emitting diode (AMOLED) display technology, up from about 30 percent in 2019, according to IHS Markit Technology, now a part of Informa Tech. 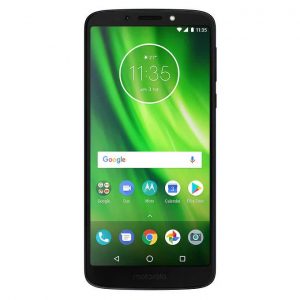 AMOLED penetration in the market is accelerating this year as smartphone brands seek compelling new features to attract consumers, as reported by the Smartphone Display Intelligence Service. Due to their advantages in flexibility, image quality and power consumption, AMOLEDs are rapidly claiming market share from the incumbent display technology in the smartphone market, TFT-LCD.

“With the global smartphone business mired in a state of saturation, sales growth has stalled,” said Hiroshi Hayase, senior director, small-medium displays at IHS Markit | Technology. “As a result, smartphone brands at the beginning of 2019 began to focus on 5G models to drum up sales. However, with 5G consumer demand constrained by limited service deployments, the brands have shifted their focus toward improving the appeal of these devices by offering models featuring AMOLED technology.”

All the major smartphone brands—including Samsung, Apple, Huawei, Oppo, Vivo and Xiaomi—have offered high-end models equipped with AMOLED displays in 2019. These smartphone makers increasingly are promoting full-screen designs and high-quality displays in their 2019 models. AMOLED now is emerging as the standard for premium smartphones.

As a result of this trend, AMOLED shipments to the smartphone market are expected to total 486 million units in 2019, up 17 percent from 2018, despite a 1 percent decline in overall smartphone display shipments for the year.

AMOLED on the rise

The penetration of AMOLED display technology for smartphones is expected to accelerate in 2020.

All of Apple’s brand-new iPhone models in 2020 models are expected to employ AMOLEDs. Moreover, Chinese smartphone makers will expand their usage of AMOLED technology from high-end to mid-range devices. Chinese AMOLED display suppliers will support this increase in demand.

Powered by these market trends, total AMOLED shipments are forecasted to rise to 825 million units in 2023.

Understanding the appeal of AMOLED

AMOLED technology enables more attractive smartphone designs, with some models wrapping the display around the device, creating a larger viewing area with an end-to-end screen. However, AMOLEDs have other allures, including their support for power-saving features.

While the AMOLED segment is booming, the overall smartphone display market continues to struggle. The smartphone market is saturated with 4G LTE devices, resulting in poor sales results. Total smartphone display shipments are expected to total 1.58 billion units in 2019, down 1 percent from 2018. Because of this, LTPS TFT-LCD production has declined. In the near future, LTPS TFT-LCD fabs will need to transition to AMOLED production to support the shift in demand to the newer display technology.