GlobalData finds growth will be driven by sales of smartwatches

The wearable tech industry was worth nearly $23-billion in 2018 and is forecast to grow at a compound annual growth rate (CAGR) of 19% to reach $54-billion by 2023, according to GlobalData, a leading data and analytics company. 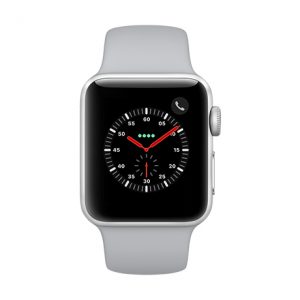 GlobalData’s report reveals that the consumer market growth will be driven by sales of smartwatches, which are gaining in popularity as the range of features they offer (including cellular connectivity, health monitoring, and contactless payment) increases. In contrast, fitness tracker sales are falling, due to their limited capabilities when compared to smartwatches. As well as the growing consumer market, enterprise adoption of wearable tech is also increasing, thanks to activity in the healthcare, logistics, insurance, fintech, and defense markets.

“The wearable tech theme incorporates more than just wrist-worn devices. Smart earwear, or hearables, has become a more prominent category with the emergence of devices that incorporate voice-activated virtual assistants such as Apple’s Siri and Google’s Assistant,” says Ed Thomas, principal analyst for technology thematic research commented. “Hearables also have the potential to match, or even exceed, the performance of smartwatches when it comes to providing health monitoring services.”

“Over the next few years, wearable devices will become smarter, as they incorporate technologies like artificial intelligence and augmented reality and so their relevance, particularly to enterprise users across industries, will only increase,” Thomas adds.