Today’s augmented and virtual reality (AR/VR) technologies simulate a vivid interactive experience by altering the scene users see and the sounds they hear. But what if users could also feel their way through an experience? 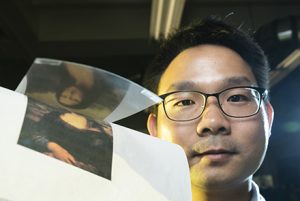 A new flexible, wearable device developed by Berkeley Engineering researchers could someday make this a reality. They’ve developed a piezoelectret-based device that is both a sensor and actuator, which vibrates as feedback, similar to the way a smartphone vibrates when a user opens an app or makes a payment. Because this device is very flexible, it could eventually be used in clothes and other wearable technologies. A paper describing this work was published in ACS Nano.

Sense motion and give haptic feedback

“There are many applications for this technology that can sense motion and give haptic feedback,” said Liwei Lin, mechanical engineering professor, co-director of the Berkeley Sensor & Actuator Center (BSAC) and one of the lead authors on the paper. “One application is AR/VR. Right now, if you are playing a game and hitting a wall, you only hear a sound. With our device, the sensor can detect if you are going to hit something, and the actuator can vibrate to simulate a physical impact.”

Because the vibrations generated by the actuator can be customized, Lin notes that this technology could also help people with visual or hearing impairments communicate with the world around them via vibrations.

“Our device is about 150 micrometers thick, similar to the diameter of human hair. Its flexibility and its ability to achieve both sensor and actuator functions is based on an innovative sandwich structure that harnesses piezoelectricity,” said Juwen Zhong, a postdoctoral researcher at BSAC and the other lead author on the paper.

Zhong notes that the outside layers of this sandwich structure consist of fluorinated ethylene propylene elect films. The middle layer is an Ecoflex spacer, coated with gold aluminum electrodes on top and aluminum electrodes on the bottom. Under mechanical deformation caused by human movements, the sensor function of this device can generate electrical outputs without a power supply. These electrical outputs can then help turn on the actuator via electrostatic force to generate vibrations that can be felt by human skin.

Can sense objects as light as a dandelion seed

Currently, the device’s actuating mode can generate up to 20 meganewtons, comparable to the vibrations of a cellphone, and can sense objects as light as a dandelion seed. 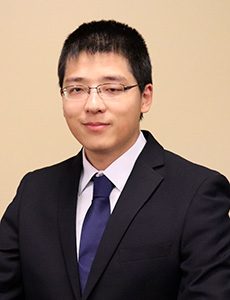 According to Zhong, this device outperforms popular piezoelectric materials. The technology showed a high piezoelectric coefficient and low driving voltage, which is key to enhance the sensor’s sensitivity and the amount of electricity needed to power the actuator.

In future work, the researchers would like to make a patch prototype with more of these piezoelectric pixels. Their current prototype only has nine pixels; adding more would allow them to generate vibrations that mimic different textures. They also hope to bring down the voltage required to power this device so that it can be easily powered.

“In the future, this sensor-actuator patch could potentially be made in the form of gloves and suits that provide touch feeling for immersion virtual experiences,” said Zhong. “So if you are on the West Coast and your mom is on the East Coast, and you are both wearing devices based on this technology, the sensors can sense that if you are making a hugging motion and the actuators will make you feel like you are hugging.”