Apple Inc. has confirmed that its software that enables the firm’s latest smartwatch to perform electro-cardiograms has received Canadian approval, but declines to predict when it will be available for download. 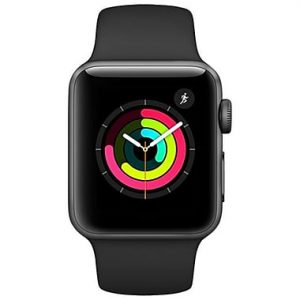 The company says in a statement to The Canadian Press that it will bring the heart health features of Apple Watch Series 4 to Canada “as quickly as possible” but a spokeswoman declined to provide an estimated time of arrival. The statement follows a flurry of social media speculation after reports this week that Health Canada has approved the Apple Watch software for performing ECGs and providing notifications of irregular heart rhythms.

Apple executives said in September when the watch was officially announced that the features would be initially available in the United States and available in other countries as they received regulatory approvals.

A Health Canada representative said in an email Friday that the government agency’s medical device section has approved two Apple licences but referred questions about Canadian release dates to the manufacturer. A person with knowledge of Apple’s procedures said on background that the heart features will be enabled in Canada when the company updates the watch’s operating system software but the timing of the update wasn’t known.