The LoRa Alliance, the global association of companies backing the open LoRaWAN protocol for the Internet of Things (IoT) low-power wide-area networks (LPWANs), and the DLMS User Association (DLMS UA), a non-profit organization driving utilities and meter manufacturers to develop and support a standard for smart meter data exchange, today announced that they have signed a liaison agreement to define a new DLMS communication profile for LPWAN technologies such as LoRaWAN. Additionally, the two organizations will share knowledge, develop documentation and jointly educate the market ecosystem about the benefits of using the DLMS application protocol and data model over LoRaWAN networks. 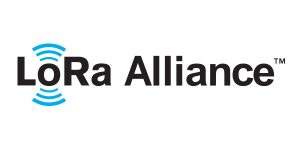 “With more than 500 members, over 100 LoRaWAN network operators and coverage in over 100 countries, LoRaWAN is the most adopted LPWAN protocol for the IoT,” said Donna Moore, CEO and Chairwoman of the LoRa Alliance. “DLMS is a well-recognized application standard for utilities worldwide. By using the open LoRaWAN network protocol, utilities will profit from its unique benefits, such as flexibility in choice of network models and having a best-in-class certification program for end devices. LoRaWAN’s low power consumption and deep penetration are key aspects that will allow utilities to deploy long-lifetime IoT devices in buildings and underground, and use these to connect assets, create new services and accelerate their digitization.”

By using DLMS over LoRaWAN networks, utilities will achieve network connectivity that supports smart metering use cases – gas, electricity, thermal energy and water – across many different IoT applications. This will allow utilities to increase services and integration into smart homes, buildings, industries and even cities.

“We at the DLMS UA are enthusiastic about this Liaison Agreement with the LoRa Alliance,” said Tony Field, Chairman of the DLMS UA Board of Directors. “The collaborative creation of the new profile will open new possibilities for users of DLMS/COSEM over LPWAN IoT network technologies such as LoRaWAN. This development leverages the flexibility, efficiency and security of DLMS/COSEM, and its inbuilt ability to operate over virtually any communications technology.”

“EDF strongly supports the creation of a DLMS profile over LoRaWAN networks and foresees many useful applications of IoT for the utility business with DLMS,” said Vincent Audebert, EDF IoT Expert and LoRa Alliance Member.