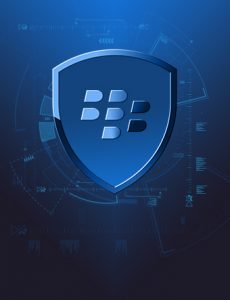 “We believe total revenue growth is a significant milestone to both the company and our shareholders,” BlackBerry chief executive John Chen said on a conference call following the release of its results. “This profitable growth is a clear indication that we have successfully pivoted to become an enterprise software company.”

He noted that BlackBerry met all of its key financial targets for the financial year ended Feb. 28 and exceeded analyst revenue and profit estimates. The company, based in Waterloo, Ont., said Friday that it earned US$51 million or eight cents per diluted share for the quarter ended Feb. 28. That compared with a loss of US$10 million or six cents per diluted share a year ago. Its revenue, reported in U.S. currency, totaled $255 million, up from $233 million and above analyst estimates. On an adjusted basis, BlackBerry said it earned 11 cents per share for the quarter, also better than expected.

Mandate to transform the business

Analysts on average had expected a profit of six cents per share on revenue of $241.3 million, according to Thomson Reuters Eikon. The quarter included BlackBerry’s US$1.4-billion acquisition of Cylance, a California-based artificial intelligence and cybersecurity firm. The deal, announced in November, closed near the end of the BlackBerry’s fourth quarter.

The Cylance deal is the company’s biggest acquisition since Chen arrived in late 2013 with a mandate to transform the business after its once-popular smartphone products were overtaken by rivals, particularly Apple and Samsung. BlackBerry’s software and services for enterprises, part of the company’s legacy business, reported $92 million of revenue in the fourth quarter, down from $108 million a year earlier.

BlackBerry Technology Solutions, which includes its QNX automotive products, increased its revenue to $55 million from $46 million and revenue from licensing intellectual property was $99 million, up from $58 million a year earlier.

North America, particularly the United States, continues to be BlackBerry’s biggest market – accounting for $176 million or 69 per cent of total revenue in the quarter – up from $147 million or 63.1 per cent of the total a year earlier. Revenue from the Europe, Middle East, Africa region and the Asia Pacific regions fell slightly from a year ago to $61 million and $17 million respectively.