At the ripe old age of 30 and with half the globe using it, the World Wide Web is facing growing pains with issues like hate speech, privacy concerns and state-sponsored hacking, its creator says, trumpeting a call to make it better for humanity. 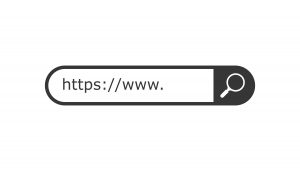 Tim Berners-Lee on Tuesday joined a celebration of the Web and reminisced about his invention at CERN, the European Organization for Nuclear Research, starting with a proposal published on March 12, 1989. It opened the way to a technological revolution that has transformed the way people buy goods, share ideas, get information and much more.

It’s also become a place where tech titans scoop up personal data, rival governments spy and seek to scuttle elections, and hate speech and vitriol have thrived – taking the Web far from its roots as a space for progress-oriented minds to collaborate. As of late 2018, half of the world was online, with the other half often struggling to secure access.

Speaking at a “Web?30” conference at CERN, Berners-Lee acknowledged that a sense among many who are already on the Web has become: “Whoops! The web is not the web we wanted in every respect.” His World Wide Web Foundation wants to enlist governments, companies, and citizens to take a greater role in shaping the web for good under principles laid out in its “Contract for the Web.”

Develop technology that will put people – and the “public good” – first

Under the contract, governments are called upon to make sure everyone can connect to the internet, to keep it available and to respect privacy. Companies are to make the internet affordable, respect privacy and develop technology that will put people – and the “public good” – first. Citizens are to create and to co-operate and respect “civil discourse,” among other things.

“The Contract for the Web is about sitting down in working groups with other people who signed up, and to say, ‘Ok, let’s work out what this really means,”’ Berners-Lee said. It was unclear, however, how such rules would be enforced. Berners-Lee cautioned it was important to strike a balance between oversight and freedom but difficult to agree what it should be.

Gave CERN the chance to showcase its reputation

The conference, which brought together internet and tech experts, also gave CERN the chance to showcase its reputation as an open-source incubator of ideas. Berners-Lee worked there in the late 1980s, and had been determined to help bridge a communications and documentation gap among different computer platforms. As a young English software engineer at CERN, Berners-Lee, who is now 63, came up with the idea for hypertext transfer protocol – the “http” that adorns web addresses – and other building blocks for the web.

The “http” system allowed text and small images to be retrieved through a piece of software – the first browser – which Berners-Lee released in 1990 and is considered the start of the web. In practice, the access to a browser on a home computer made the internet easily accessible to consumers for the first time. Speaking to reporters on Monday, Berners-Lee recalled how his research was helped by his former boss at CERN, Mike Sendall, who wanted a pretext to buy a then-new Next computer by Steve Jobs’ Apple needed for his research.

Become a sort of father figure for the internet community

Berners-Lee said Sendall told him to “’pick a random program to develop on it … Why don’t you do that hypertext thing?”’ Berners-Lee has since become a sort of father figure for the internet community, been knighted by Queen Elizabeth II and named as one of the 100 most important people of the 20th century by Time magazine. While he now wants to get the debate going, other panelists expressed concerns like the increasing concentration of control of the internet by big corporate players, and fretted about a possible splintering of cyberspace among rival countries.

“The challenges come from the same things that make it (the Web) wonderful, and that’s the difficulty,” said conference panelist Zeynep Tufekci, an associate professor at the University of North Carolina’s School of Information and Library Science. “The openness is wonderful, the connectivity is wonderful, the fact that it was created as a network for academics who are kind of into trusting each other…” she said.

Now with the Web, “there’s an enormous amount of centralization going on, with a few big players becoming gatekeepers. Those few big players have built, basically, surveillance machines,” she said. “It’s based on surveillance profiling us and then targeting us for ads – which wasn’t the original idea at all.”