Ultra Electronics Maritime Systems is thrilled to have signed a significant sub-contract with Lockheed Martin Canada as part of Canada’s Combat Ship Team, selected as the winning bid for the Canadian Surface Combatant (CSC) program by Irving Shipbuilding. Irving Shipbuilding is the Canadian Surface Combatant Prime Contractor and will build all 15 ships at Halifax Shipyard. 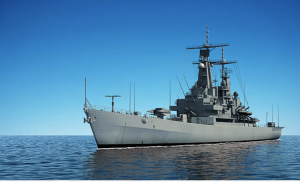 Ultra, as the ASW lead, will provide a low-frequency active and passive towed sonar system paired with its next-generation hull-mounted sonar, and will lead the integration of these world-leading sensors with sonobuoys and other capabilities for wide-area underwater battlespace surveillance to meet Canada’s future strategic needs.

“Ultra is proud to be a member of Canada’s successful CSC Home Team,” says Bernard Mills, president of Ultra Electronics Maritime Systems. “As the underwater warfare lead, we are using our considerable depth of ASW experience and capability to ensure Canada’s new ships will provide an enduring operational advantage to the Royal Canadian Navy.  This work will also generate high-tech jobs in Nova Scotia for sonar design and manufacturing, add to our existing significant export capability, and maintain Canada’s position in the top tier of advanced ASW nations in the world”.

Largest and most complex procurement ever undertaken

The Canadian Surface Combatant project is the largest and most complex procurement ever undertaken by the Government of Canada.  It will deliver lasting economic benefits to Canadian industry through billions of dollars of value proposition commitments in innovation across Canada’s priority areas.

The winning Lockheed Martin Canada bid, based around BAE’s Type 26 Global Combat Ship, was put forward by a team comprised of six companies with a strong Canadian-focused supply chain; BAE Systems, CAE, Lockheed Martin Canada, L3 Technologies, MDA, and Ultra Electronics. Bringing together a pan-Canadian team, the six companies have a uniquely skilled Canadian workforce and supply chain that employs 9,000 Canadians in 40 facilities from coast to coast, and engages more than 4,000 small and medium sized enterprises.

The Type 26 is a globally-deployable, multi-role warship that meets current and future demands of the Royal Canadian Navy.  It has been specifically designed for high-end Anti-Submarine Warfare (ASW) and will be capable of performing a wide range of missions around the globe.