Canada has the globe’s fifth largest artificial intelligence workforce, but is still far from closing the gender gap in the sector, according to new rankings from the World Economic Forum. 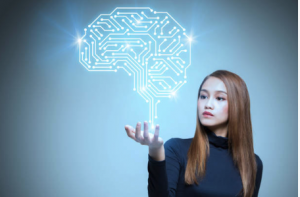 The Forum said the lack of women in Canada’s and the global AI pool is troubling because it implies that technology is being developed without diverse talent, thus “limiting its innovation and inclusive capacity.” Low integration of women in AI talent pools, it said, is a “significant missed opportunity in a professional domain where there is already insufficient supply of adequately qualified labour.” If not addressed soon, the Forum warned the gap could widen further.

AI has the potential to replace human processes, decisions

Sarah Kaplan, the director of the University of Toronto’s Institute for Gender and the Economy, said Canada needs to do more to develop the diversity of the AI workforce because the technology has the potential to replace lots of human processes and decisions.

“If we don’t have a diverse workforce working in AI, we risk not only perpetuating existing biases, but actually amplifying them and leading to really negative outcomes for the most vulnerable people in our society,” she said. “We need to make a really huge deal out of the fact that we are not bringing a diverse workforce to work on this technology, which may shape all of our lives.”

Diversity, she added, is important because whoever designs AI technologies will decide how the systems act. A wider talent pool can help mitigate situations society has already encountered, such as where some facial recognition systems were developed without the availability to recognize black faces.

“No one ever thought ‘does this work on someone other than a Caucasian person?”’ Kaplan said. “The fact that we have an AI technology developed by a non-diverse workforce is hugely problematic.”

Kaplan said she has grown tired of seeing AI firms treat diversity as a ‘afterthought’ and wishes it was being taken more seriously, so Canada’s gender gap would be much better than the global average’s. However, the Forum did find at least one positive when it comes to Canada’s AI sector: the country’s AI sector employs more women than the four countries _ the U.S., India, Germany and Switzerland _ that rank above Canada in terms of AI workforce size.

Jodie Wallis, the managing director for consulting firm Accenture’s AI department in Canada, said she felt encouraged by the size of the country’s AI sector and the handful of women she sees in the country in high-profile AI jobs. It is women, she pointed out, that are running Facebook’s AI research lab in Montreal and Uber’s self-driving car efforts in Toronto and contributing to Google’s DeepMind unit.

“Women don’t have to look up and think ‘gee, I don’t think I am going to go into this field because we don’t have any winners,”’ said Wallis. “That is one thing we have going for us.”

Focus on the enrolment of women in technology

Despite the country’s successes in AI, Wallis said Canada still needs to get better at scaling its technology and focusing on the enrolment of women in technology-related courses. Aside from its announcements about the AI workforce, the Forum also revealed Monday that Canada ranked 16th in its annual gender gap ranking.

It marked the second year Canada placed 16th in the international organization’s list, which measures economic, educational, health and political disparities experienced between men and women in more than 100 countries around the world.

Iceland, Norway, Sweden and Finland took the top spots, but Canada ranked above Latvia, Bulgaria, South Africa, Switzerland and dozens of other countries. When it comes to wage equality, Canada ranked 50th, behind the U.S., Germany, Thailand, Uganda and Ukraine.