December 12, 2018  By University of Jyväskylä, Finland 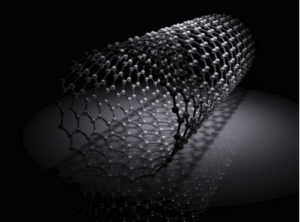 A successful development of a microfluidic platform capable of sorting individual carbon nanotubes in a new dissertation in physics could possibly lead to a revolution in the technology of electronic devices, according to a thesis coming out of the University of Jyväskylä, Finland.

The aim of the thesis by M.Sc. Ján Borovský was the development of a novel fully automatic sorting microfluidic system, which allows the selection of nanotubes with suitable properties. The microfluidic technology allows manipulation of liquids with unprecedented precision and finds broad employment mainly in biology. Borovský was able to prepare, transport and manipulate water droplets, which were 20-times smaller than the diameter of human hair.

One droplet contains on average only one nanotube

The innovative approach developed in this study allowed distributing nanotubes to droplets in a way that one droplet contains on average only one nanotube. The system is designed to be fully automatic, so after the process is initialized, the sorting should run on its own, without the need of human intervention. The obtained results confirm this approach to be a viable way of carbon nanotubes sorting, explains Borovsky.

The system developed within this project brings large potential for small-scale development of devices based on carbon nanotubes.

The need for development of new electronic devices creates a constant pressure for further improvements of new techniques and materials, with carbon nanotubes being one of them. However, the lack of universal and reliable sorting strategy is the current bottleneck in broad employment of carbon nanotubes in electronics. This thesis discovers one of the possible paths how to overcome this obstacle and open new possibilities for development.