Nemko Canada Inc., has firmly established a beachhead in the rapidly growing Kitchener/Waterloo tech region with its recent opening of a 10,000-square-foot EMC / wireless testing and certification facility in Cambridge ON. 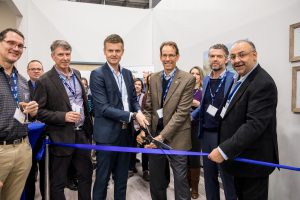 A division of Nemko AS, an 85-year-old product testing and certification firm headquartered in Oslo, Norway, Nemko Canada provides its expertise and resources to accelerate all aspects related to commercialization of new technologies onto the market. Electronic OEMs across Canada rely on the firm to assess compliance with standards and regulations relating to its products, systems, facilities or personnel. With demonstrated knowledge of the rules and regulations in more than 150 countries, Nemko ensures its clients that all the necessary documents in each market are consistent and that the products meet the standards.

The new facility on Saltsman Drive in Cambridge, employs two RF test engineers and one salesperson, however the firm anticipates expanding that team as the business grows, according to Sim Jagpal, general manager of Nemko Canada.

Jagpal underscores the importance of being in close proximity to Waterloo’s burgeoning tech market, especially as it relates to the explosion of Internet of Things (IoT) designs.

“The prime service we provide is EMC/Radio type testing of (wireless, testing Bluetooth, WiFi) technologies – which pretty much relates to most IoT devices as well,” says Jagpal. “Given the nature of RF/Wireless testing, it is often very important to the customer and us – to be in close proximity to one another. There is often a great deal of communicating between both parties through the test process of an end design,” he says. 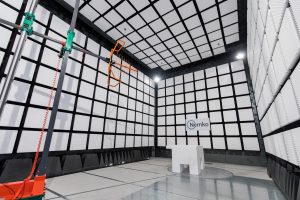 “The Kitchener-Waterloo Region is establishing itself as a Silcon Valley North, with the emergence of many new tech companies here,” adds Svein Ola Ulven, Nemko Group president & CEO. “For Nemko it is important to be close to where the magic happens.”

In lockstep with its decision to proceed with building the new test facility, Nemko leveraged its ‘complimentary’ relationship with neighbouring Swift Labs, which specializes in front-end wireless and IoT product development, design and engineering. In 2015, Swift Labs began partnering on work with Nemko to handle back-end testing, inspection, certification and market access services, primarily for IoT, telecom, audio/video, medical and household products.

“We have a very strategic partnership with Swift Labs, where we can provide a real cradle-to-grave relationship with the OEM customer,” says Jagpal.