General Motors signaled a major pivot towards new technologies and mobility platforms when it announced the closing of its Oshawa assembly plant, but it will be playing catch-up to start-ups that have pioneered in the field. 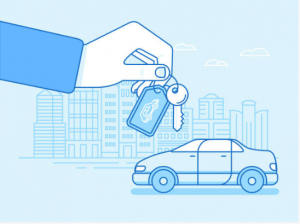 One of the spaces it’s pushing into is peer-to-peer car sharing, which GM added to its Maven app in July in the U.S., as it tests out new models of transportation in an evolving market.

“What we truly believe is as society progresses, shareable assets will be the most desirable to own,” Julia Steyn, vice-president of urban mobility and Maven at GM, said at a recent technology conference. “People don’t want anymore, to have the dream that their parents had, which is they don’t want half of their paycheque to go to housing and transportation. And so that’s just fundamentally what’s happening in the world.”

Still in a pilot phase, the peer-to-peer platform allows GM customers to rent out their vehicles, offsetting some of the costs of ownership.

“The wasted assets that the car represents when it sits there 95 per cent of the time, idle, is ridiculous. So you want to be able to monetize it,” Steyn said.

Canadians don’t yet have the option of using Maven’s peer-to-peer sharing option and its more conventional service of renting company vehicles is only available in Toronto, but Steyn said the company plans to “aggressively grow in Canada.” When it does expand the service to Canada, it will find competition in Turo, which has been operating a peer-to-peer car sharing service in Canada for more than two years and in the U.S. for a decade. Turo, however, welcomes the news of Maven’s expansion plans.

“It just shows that this type of car sharing model is becoming more mainstream,” said Cedric Mathieu, director of Turo Canada. “And I do think the more players in the space, the more people will hear about it, and the benefits of this model.”

The model allows drivers to list any vehicle on the app, with a few restrictions on its age, mileage, and condition, and then rent it out along a similar idea to Airbnb.

“The concept is simple, but the mission is pretty ambitious, because it’s really about putting the world’s billion-plus cars to better use,” said Mathieu.

Platform solves many of the issues such as parking, variety and supply

The company believes the platform solves many of the issues such as parking, variety and supply that have prevented other car-sharing efforts from delivering on the promise of the concept. The efficiency of the model and the technology behind it, has allowed for rapid growth, Mathieu said.

“You can grow this extremely fast. That I think really is shown by our numbers in Canada. In just two and a half years, we now have 16,000 cars listed, 4,000 cars available to book on a daily basis.”

The company says that as of early November, cars listed on Turo had been shared for 3.2 million hours this year, or about 133,000 24-hour rentals, while car owners are earning an average of $600 a month. The revenue helps those who need to own a car offset the costs, while allowing those who can generally do without a car to get access to one when they need it at a potentially lower cost, said Mathieu.

As the first-mover in Canada, Turo has also pushed to solve the insurance issue of renting out a personal vehicle for money. The company has partnered with Intact Insurance to provide a separate insurance product that only kicks in for rentals and is separate from the owner’s primary insurance. Intact has partnered with Uber on a similar model.

The system is still evolving, so owners looking to rent their vehicles still need to check if their insurance allows the system, as do renters who might want to use their credit card insurance. Turo is also only available in Ontario, Quebec and Alberta because of insurance issues in other provinces, but both Intact and Turo are working to expand.

But while the company has signed up thousands of people, experts don’t expect a quick shift away from ownership. Some estimates suggest that 20 per cent of mobility will move to shared mobility in the next couple of decades, said Shauna Brail, a director at the University of Toronto’s urban studies program.

“It is a slow transition, but it is a really significant transition, and it’s one that absolutely impacts the bottom line of these established automotive firms, which is why they’re all involved in looking at new models and investing probably billions of dollars in a variety of new models.”

As the market grows and companies fight for market share, the lines between each will blur, Brail said.