A recent survey by Course Compare, Canada’s marketplace for education, suggests nearly one-tenth of professional developers in Canada have studied at a coding bootcamp. The survey findings, which are based on 500 developers’ salaries and educational backgrounds, are among the first to measure career outcomes of Canadians using coding bootcamps to land high-demand computer programming jobs. 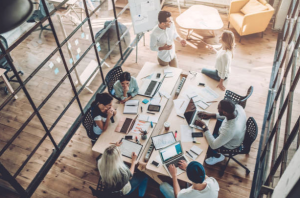 The survey found that nine per cent of developers in Canada have studied at least part-time at a coding bootcamp and earn an average annual salary of $74,482. This was slightly lower than the average salary for all developers, which was $77,913. However, bootcamp graduates who participated in the survey had on average four years’ work experience compared to six years’ experience for those who had not studied at a coding bootcamp.

“We’re only beginning to understand the labour market effects of new, accelerated forms of education like coding bootcamps,” said Course Compare founder and CEO Robert Furtado. “Canada’s first coding bootcamps opened their doors in 2012, but they’ve already helped a significant number of Canadians transition into and succeed in the tech sector.”

Course Compare analyzed developer salaries and educational backgrounds to determine which learning pathways lead to higher earning potential. Average annual salaries for developers based on their highest level of education were as follows:

Changing attitudes about the value of a degree

Eighty-six per cent of workers told Course Compare they do not believe a university degree is required to succeed as a developer. Yet 48 per cent held a bachelor’s degree, 21 per cent held a college diploma, and 14 per cent had completed a master’s degree before enrolling in a coding bootcamp—many, although not all, in disciplines unrelated to computer science and engineering. Seventeen per cent listed a high school diploma as their highest level of education prior to graduating from a bootcamp.

“There is clearly growing demand for short, modular and flexible training programs designed to support continuous learning throughout one’s career,” said Furtado. “Driving this demand are early to mid-career professionals who want to upgrade their skills or pivot into a new career in technology. For this segment of the market, coding bootcamps aren’t replacing four-year degree programs, they’re complementing them.”

For more info, go to CourseCompare.ca