Innovate BC and the B.C. government has announced that Eric O’Neill and Tan Le will be the keynote speakers at the 4th annual #BCTECHSummit this spring in Vancouver. 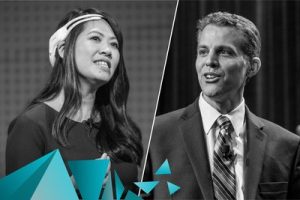 Tan Le and Eric O’Neill are the first two keynote speakers announced for the fourth #BCTECHSummit. (Innovate BC)

With the theme of the Reality Revolution, the 2019 #BCTECHSummit invites speakers and delegates to explore and discover how we can use emerging technologies—from AI to robotics, quantum to cleantech, blockchain to AR/VR—to solve the biggest challenges facing B.C. and the world.

Eric O’Neill is an attorney, former FBI counterterrorism and counterintelligence operative, cybersecurity expert, and was the inspiration for the film, Breach. In 2001, Eric helped capture the most notorious spy in United States history, Robert Phillip Hanssen. O’Neill is at the forefront of cybersecurity and will share insights into how people and organizations can take advantage of an era of big data and innovation, while protecting themselves from the security vulnerabilities of a digitally, interconnected world.

Tan Le is an entrepreneur, inventor and CEO of Emotiv, a cutting-edge brain research company. Le has created technology that enabled a quadriplegic man to drive a Formula One car, using only his brain waves. For her achievements, Le has been recognized by Fast Company, Forbes and the World Economic Forum. Le will share her unique story, from refugee to tech and innovation leader, and she will demonstrate how advances in technology can fundamentally improve people’s lives here in B.C. and around the world.

“The #BCTECHSummit is an extraordinary event that will showcase the best of technology and innovation in our province and around the world,” said Bruce Ralston, Minister of Jobs, Trade and Technology. “This year’s summit will show why B.C. is such an exciting place for cutting-edge tech, and will give participants a unique opportunity to connect with innovators, thought-leaders and companies that are developing emerging technology here in B.C. and at a global level.”

To be held March 11-13, #BCTECHSummit brings together an unparalleled mix of technology leaders, industry executives, investors, senior government officials, researchers and students to connect and share insights, experiences and opportunities. With Super Early Bird tickets already sold-out, the conference’s fourth edition is once again set to highlight the transformations technology is driving across all industries and its impact on how we work, live and play.

“We are absolutely thrilled by the incredible demand we’re seeing to get involved in this year’s event,” said Shirley Vickers, President & CEO, Innovate BC. “Businesses are recognizing that technology is everywhere and revolutionizing every part of our economy—so this year’s program will empower conference attendees to discover and learn how emerging technologies can be harnessed to solve global problems, benefit British Columbians in all regions of our province, and enable the industries and jobs of the future.”

For more information about the event, visit bctechsummit.ca.