For nearly two decades, health advocates have pushed to standardize the way medical devices are tracked and studied. They eventually landed on a solution that others, including other parts of the medical industry, already had adopted – a unique code to help track the type, manufacturer and other key information about a device. In 2007, Congress asked the U.S. Food and Drug Administration to create the system, and the FDA passed a final rule establishing it in 2013. 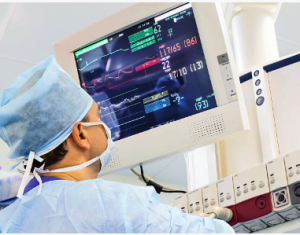 The Unique Device Identifier is a code roughly 70 characters long, broken into two sections. The first part identifies the device and manufacturer; the second when and where it was made, its expiration date and its serial number. High-risk devices and implants already have UDI codes – required as of September for those types of products – and manufacturers of lower-risk devices have started to include them. The FDA will require all devices to have a code by late 2020.

But, there’s currently no place to put the code on an insurance claim. That means Medicare and private insurers know when they are paying for a patient’s artificial hip, but not the make, model and manufacturer. There’s also no place for the codes in patients’ electronic health records, which follow them across multiple providers. And, there’s no place for hospitals and clinics to put them in their supply systems, to track exactly what devices are on hand and whether anything in their stockrooms has been recalled. The codes have started to appear in some FDA reports of medical device malfunctions, injuries and deaths, but often are redacted from the public versions of the database accessible to patients, researchers and doctors.

Ben Moscovitch, who directs the health information technology work at Pew Charitable Trusts, sums it up this way: “Devices having UDIs isn’t enough. They actually have to be used.” Without the unique identifier on claims and health records, it’s nearly impossible for anyone to know what devices cause problems, noted Joel Weissman, chief scientific officer of the Center for Surgery and Public Health at Brigham and Women’s Hospital in Boston. Diana Zuckerman, president of a patient advocacy research organization based in Washington, D.C., the National Center for Health Research, said public health leaders have been asking for identifying numbers for a long time.

Companies have submitted hundreds of comments to the FDA during the UDI development process, voicing general support for the system but repeatedly asking for more time, saying the requirements have been burdensome, expensive and difficult to implement. In formal comments to the FDA in 2012, the Medical Device Manufacturers Association wrote, “This transition will require the medical technology industry to spend significant resources to comply . allowing as much flexibility and time to comply is critical.”

Some of the pushback has stemmed from the code being so long that some older computer database systems can’t accept it. The current plans to incorporate UDIs on insurance claims focus only on getting the first half of the code – the device name and manufacturer – on official forms. That second half would be essential if a device needed to be recalled, Zuckerman said. But the industry says requiring the longer number is burdensome because it forces hospitals and insurance companies to make too many computer upgrades and database changes. The FDA’s guidance for the agency is to create the “least burdensome” industry requirements. Weissman has been working with insurance companies and hospitals for the past two years to test the feasibility of listing the first half of each medical device’s unique identification number on insurance claims.

“It’s so obvious that we need this,” he said. “There’s no way to systematically monitor device problems on a large scale. At the end of the day, this is really about protecting patients from defective or ineffective products.”