One of John Lem’s first hints that the technology behind his DNA testing company Spartan Bioscience could be a hit with cannabis users came years ago when an executive asked him if genetics could have caused a bad reaction to pot. 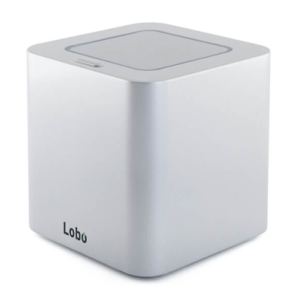 The Lobo Cube platform is a portable genetic testing device that fits in the palm of your hand, enabling on-site DNA testing at any location including clinics, dispensaries or pharmacies. Photo Source: Lobo Genetics

The question intrigued Lem so much that he eventually applied Spartan’s technology to a new Toronto-based venture called Lobo Genetics. Through Lobo, he created a genetic testing device that fits in the palm of a hand and uses cells obtained through a cheek swab to measure a person’s ability to metabolize THC – the main psychoactive component in cannabis – and determine someone’s predisposition to short- and long-term side effects. Lobo believes it could be a hit with health-care practitioners and medical marijuana users, but has also recently experienced a flurry of interest from the recreational industry.

“We thought the med pool was going to be first in terms of adoption, but dramatically on the rec side, there are a lot of potential opportunities,” Lem said.

The boom Lem is seeing puts Lobo Genetics among a wave of tech companies benefiting from the Oct. 17 legalization of recreational cannabis in Canada. Already the pot tech industry has seen the debut of Toronto start-up Strainprint Technologies Inc., which makes it easy to track and manage the dosage and effects of pot, and California-founded Weedmaps, which helps users find locations throughout Canada where they can buy the substance. Also cashing in on the pot tech rush are Ottawa-based Shopify, which powers provincial and private marijuana e-commerce offerings, and cannabis companies like Lift & Co., which runs a reviews app.

“There has been no shortage of entrepreneurs getting out there,” said Dan Skilleter, Lobo’s director of policy and communications. “The last year has been so busy for cannabis and certainly Lobo saw the opportunity.” 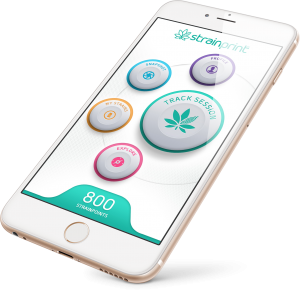 Skilleter and Lem said Lobo has only launched on a pilot basis, but is already seeing enthusiasm. Those high hopes have spread to Winnipeg, where Save the Drive is readying a platform that allows people to hire a personal shopper to buy and deliver weed. Its chief executive officer Chanel Graham said it has yet to launch because of weed shortages and required changes to legislation, but legalization has already brought a spike in interest.

“I am surprised how many people reached out right on Oct. 17, hoping that we were in operation,” said Graham. “We have had quite a few customers contacting us.”

The same is true for cannabis-centric social networking platform High There! The Florida-based venture, which helps users find buds to, well, smoke buds with, said it has seen a 300 per cent increase in sign-ups since legalization and plenty of those new users are based in Montreal, Toronto, Calgary and Vancouver. Over at Strainprint, chief executive officer Andrew Muroff said users in Calgary, Vancouver and Toronto have flocked to its product the most.

Strainprint, which has focused on medical marijuana users but works just as well for recreational users, launched the day before legalization to take advantage of the attention pot would garner. However, with its launch and legalization lining up, Muroff said, “We did see a lift, but it is hard for me to know if it came from legalization.”