Ranks among the worst in North America when compared to other Canadian provinces and U.S. states Fraser Institute 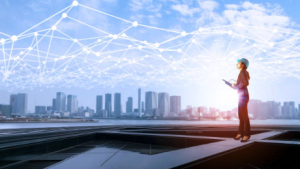 “With Labour Day upon us, now is an opportune time to assess how well Ontario’s labour market stacks up against other Canadian and American jurisdictions,” said Ben Eisen, Fraser Institute senior fellow.

“Unfortunately for Ontario workers, it ranks near the back of the pack.”

The study measures the labour market performance for all 10 Canadian provinces and 50 U.S. states from 2015 to 2017 using eight indicators including job-creation, unemployment and worker productivity (the average value of goods and services each worker produced with his or her labour).

Overall, Ontario ranks 52nd out of 60 jurisdictions with a score of 44.5 out of 100. A particularly poor measure for Ontario is its relatively low private-sector employment rate, ranking 52nd.

Crucially, all 10 Canadian provinces ranked in the bottom half overall, with British Columbia (35th) and Saskatchewan (41st) the highest ranked provinces.

“Reviewing the policies that have led to the decline of Ontario’s labour market should be a priority for the new government at Queen’s Park.”