Police say a man in Germany has died after a battery-charging device exploded, firing an object into the man’s chest. 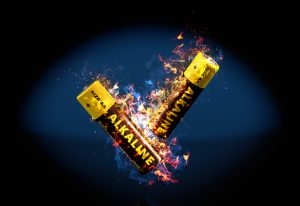 A spokesman for Hamburg police said Thursday the incident happened a day earlier in an office building in the city’s St. Pauli district. Police spokesman Florian Abbenseth told The Associated Press that “due to the force of the explosion a 26-year-old received life-threatening injuries. He later died.”

Co-workers were treated for shock after the incident. Abbenseth said the device that exploded was “a regular charger for two AA batteries” of the kind used in small electronic devices such as radios. He said the cause of the explosion was still being investigated and wasn’t immediately able to name the make or model of the charging device.