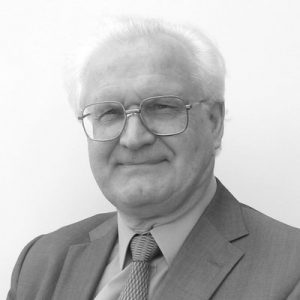 Cleantech Hub reports that a mere 13% of lead acid batteries are recycled in Nigeria. Yet there is a mini-grid revolution about to take off in Nigeria, such as the World Bank and the Rural Electrification Agency $350 million project as well as other investments into the sector, driving more batteries.
“It is imperative for the sector to create a battery management framework that will feed into government policy on used battery disposal, create investment opportunities and tackle a growing problem before it gets severe,” Ifeoma Malo, the Chief Executive Officer of Clean Technology Hub said.
Offgrid Electric leases or sells solar home kits
Providers of solar-plus-storage into Africa have also said that it is a misconception that lead acid batteries used in off-grid systems and cars are recycled efficiently back into the supply chain. Powerhive provides community microgrids and in essence acts as a utility, selling 240V AC power by the kilowatt-hour, while Offgrid Electric leases or sells solar home kits to individual households. Powerhive is active in Kenya, with Rwanda and Nigeria expected to be next. Off Grid Electric serves Tanzania, Rwanda, Ghana and the Ivory Coast.
Powerhive currently uses lead acid batteries but is looking for a lithium battery provider, having decided that the technology is now a good fit. Off Grid Electric is already using lithium batteries for its low voltage DC systems. Both see lithium batteries are viable across Africa. Indeed, both Rick Wuts, VP for business development at Powerhive and Joshua Pierce, Off Grid Electric’s CTO, say no to lead acid being safely recycled.
“I would actually dispute that fact [that recycling for lead acid is effective] pretty vehemently. This is an area I feel very passionately about,” Joshua Pierce said. He believes the pro-lead recycling argument is clouded by short-termism and antiquated thinking about the way business is done. He sees a shift now towards companies that work to become “good custodians of the environment and the economies they work in”.
Lead acid is recyclable
Lead acid is recyclable only where a supply chain exists to do so and that is not true in Africa. Sadly, people who have the least access to that recycling supply chain are the ones that are most impacted by its negative attributes. In fact, he finds that unofficial recycling channels can do more harm than good. Although a lead acid battery might “make it out of the ecosystem”, they will have done considerable damage by then, says Pierce.
“I’ve seen countless piles of dead lead acid batteries… that is a resource people will use until there’s nothing left in it. They’ll use it in their car until it won’t start their car. Then they’ll use it in their business until it won’t run the business and then they’ll use it in their house for lights until it won’t run their lights. Then they’ll use it to charge their phone. It’s amazing how resourceful people are but then that battery may sit and corrode and pollute the local groundwater, which is what children drink.”
Raghu Das, CEO of analysts IDTechEx advises, “The writing is on the wall from better batteries to ways of running microgrids with little or no energy storage. For example, our recent reports on airborne wind energy and on wave and open tidal power shows that this next generation of harvesting often needs no batteries at all.