For the semiconductor space, the escalating tariffs dispute between the United States and China will be a bruising zero-sum game injurious to both sides in which there are no winners. A tariff war between the world’s two biggest makers and consumers of semiconductors is likely to spread throughout the vast electronics supply chain involving multitudes of markets, trades, and businesses, and both American and Chinese companies could end up suffering.

The tariffs, being imposed by the administration of President Trump, seek to make imports from China less desirable by forcing US businesses to pay more for them. Businesses must then absorb somehow the increased costs resulting from the tariffs, or pass them on to consumers. In turn, consumers are less likely to pay for goods subjected to tariffs because they are more expensive, and less consumption could lead to the US economy slowing down, economists fear. The tariffs, overall, will drive up prices for both US consumers and the businesses that rely on China for parts.

Defenders say that tariffs are deployed to justify the protection of domestic products and jobs from too much foreign competition, but tariffs can also be used as a tool to exert political pressure on countries.

Tariffs were first announced by the United States in early March on all steel and aluminum imports, including those from China, following a US Commerce Department investigation into allegations of theft by Chinese companies of US intellectual property.

While a visit to the United States from Chinese officials in May led to both sides saying that a deal to avoid tariffs was in the works, the White House reversed itself less than a month later. In mid-June, President Trump announced the United States would go ahead and impose a 25% tariff on $50 billion worth of goods from China. The first wave of $34 billion will be implemented on July 6, while the remaining $16 billion would come later. In response, China retaliated with proportionate tariffs of its own.

Three days later the Trump administration took another step and drew up $200 billion worth of Chinese goods that would be hit with a 10% tariff. A third wave could also come, with the United States slapping another 10% tariff on an additional batch of $200 billion worth of Chinese goods, if China responds with further tariffs of its own. Added together, the sum of $450 billion in US tariffs is nearly as large as the total value of goods sent by the United States to China last year, which amounted to $505.6 billion.

News reports say the US tariffs target the industrial sectors related to the “Made in China 2025” plan, Beijing’s ambitious gambit to update Chinese technological know-how. The Chinese industries that will be affected include aerospace, automotive, information technology, and robotics, while products coming from China identified in the US tariffs list include semiconductors, plastics, and machinery.

The tariff’s impact on US semiconductors

The new US tariffs on products coming from China would affect the US semiconductors and electronics industries in two ways.

Table 1: Semiconductor revenue from electronic products manufacturing, 2016-17 (in billions of US dollars)

Second, a very large number of consumer electronics products are finished in China and then are imported into the United States. Last year, the value of the chips used by Chinese manufacturing amounted to $192.5 billion, according to the IHS Markit AMFT Intelligence Service. Because the tariffs will very likely increase the pricing on electronics imported to the United States from China, US-based semiconductor suppliers will also see their costs rising in the process. China will continue to be the biggest player in the global consumer electronics market until at least 2021 with approximately 16% share of worldwide revenue, IHS Markit data show. 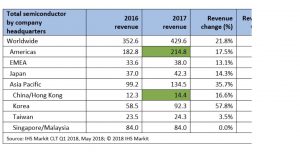 Table 2: Global revenue in semiconductor chip design by location of company headquarters, 2016-17 (in billions of US dollars)

The verdict? No clear triumph on either side

In the end, however, no side winds up gaining any advantage. While it is true that the United States has tremendous leverage over China in chip design, China has immense power in the semiconductor supply chain. In this sense, both countries are needed to drive the industry in its current form. 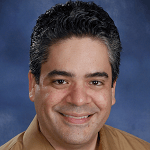 If the tariffs on electronics coming into the United States are too high, consumers there will lower demand. Should that happen, factories in China will then have to cut electronics production and lay off workers. This, in turn, triggers a boomerang effect back in the United States: US domestic semiconductor companies are bound to see lower demand as a result, followed by China reducing capacity for semiconductor manufacturing.