Superclusters should not forget the importance of hardware

For several decades now, there has been a ‘goldrush’ of software startup activity as people seek to finance and build the next Google, Facebook, Twitter or Instagram. There have been some successes but many, many more failures — part of the reason they call these successful companies ‘unicorns’. The reality is that these companies require timing, luck and immense amounts of backing to succeed. 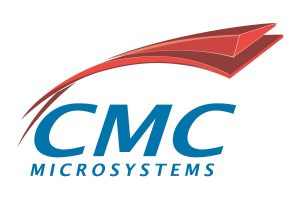 While software companies are relatively easy to get off the ground, what’s missing in this picture is recognition that most software apps provide functions that can be easily duplicated or replaced, making these startups’ success short-lived. Hardware companies, on the other hand, are seen as more expensive to finance and taking longer to build. In fact, it is easier to protect intellectual property in a hardware company and the early difficulties in design, manufacturing, and testing of a product become a strong barrier to competitors and create a lasting competitive advantage.

Undesirable for superclusters to spend in a ‘business as usual’ fashion

In 1965 Gordon Moore, founder of Intel, made an observation that the number of components that could be economically put on a semiconductor device was doubling every year. This has been called Moore’s law, and it held true until about a decade ago, when that economic advantage began to slow down. With the subsequent increase in the cost of fabrication facilities for state-of-the-art processes (over $10-billion USD), many fabrication facilities have been left behind to offer semiconductor fabrication service in lower-performance, less costly processes.

This shrinkage has a direct impact on the five research ‘superclusters’ identified across Canada by our federal government. These groups have been awarded $950-million (CND) over five years to bolster national capabilities in the key areas of digital technology, proteins, advanced manufacturing, artificial intelligence for the supply chain and ocean technology. It would be highly undesirable if these superclusters spend the money in a ‘business as usual’ fashion, that is, building new systems solely from commercially available standard components. This approach results in products that could be easily copied and their competitive advantage erased.

Canada has a unique advantage in having a network of highly trained engineers and scientists who, thanks to a decades-long, federally funded initiative called CMC Microsystems, have been able to use industrial grade tools throughout their university and college training to create the hardware innovations that have driven the smart technology revolution. These individuals are highly prized for the quality of their work and for their shorter training times once hired, and these graduates are the reason companies such as Google, Microsoft, AMD, Intel and others have established offices in Canada.

It is vital that we leverage our own human resources and this technical infrastructure to create unique and lasting advantage in the creation of new components to fuel innovation and growth in Canada. It is equally important that the superclusters identify opportunities to use our own highly qualified personnel to develop new hardware capabilities that will prove long-term benefit to Canada. It is time to step up and raise the bar to a new level of innovation — one that recognizes the true and lasting value of hardware design and the industrial benefits that will accrue to all of the participating companies, individuals and institutions.