Microsoft is calling on US Congress to regulate the use of facial recognition technology to protect people’s privacy and freedom of expression. It’s the first big tech company to raise serious alarms about an increasingly sought-after technology for recognizing a person’s face from a photo or through a camera. 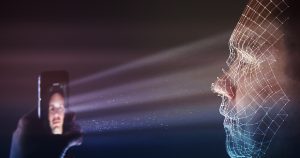 Microsoft president Brad Smith said in a blog post Friday that the government should form a bipartisan expert commission. Smith says Microsoft, which supplies face recognition to some businesses, has already rejected some customers’ requests to deploy the technology in situations involving “human rights risks.”

A Microsoft spokeswoman declined to provide more details about what opportunities the company has passed over because of ethical concerns. Smith defended the company’s contract with U.S. Immigration and Customs Enforcement, saying it doesn’t involve face recognition.