A number of Quebec-based technologies companies have banded with some international players to announce the creation of a marketing consortium aimed at addressing emerging tech needs in North America, including smart and electric land transportation systems, as well as smart cities. 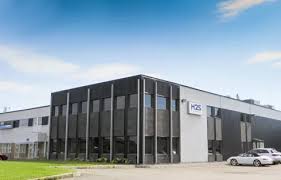 “Today, as we know that our society is facing an acceleration of major technological challenges but also new opportunities under the renegotiation of the agreements: NAFTA, Europe-Canada and Europe-USA Free Trade Agreement,” says a news release from M2S Electronics. “Almost every day we see global announcements of government interests to support and develop the research and pilot projects on the industries mentioned above.”

The consortium is intended to be the stepping stone from pilot projects to global commercialization, as well as to be a major player in the industrialization of integrated electronic systems for the industries previously named. Its positioning in Quebec, United States and Europe, will meet the requirements of support or local content, while bringing together the complementary know-how of each partner. The group will be a major manufacturing party for North American customers, but will also allow European customers to enter North America through local expertise.

“The potential is there: our entrepreneurs have the technological ability and are in a strong position to leverage new and existing trade agreements within North America and Europe to gain a greater share of the international market,” says Mairead Lavery, senior VP, business development at Export Development Canada. “EDC is constantly looking for new ways to grow Canadian trade and will be here with its knowledge and financial solutions to help this group of innovative companies expand into new markets.”

The partner companies include:

The name of the consortium will be revealed in the coming weeks, according to the meida release.