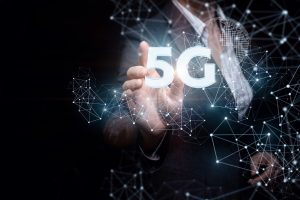 The tests will be conducted with long-time network supplier Ericsson, a Swedish multinational that has a major research and development lab in Ottawa – one of Canada’s main technology development hubs. Jorge Fernandes, who recently joined Rogers as its chief technology officer, told reporters that 5G networks probably won’t to be ready for “prime time” until about 2020 because of the hardware and software that’s still to be developed. But he added that the introduction of the new networks will require collaboration with many partners, including city governments and businesses.

“There’s still a lot being done to develop the technology itself. And it’s important that we start explaining and bringing these partners along so that they can see the future and see the benefits they will bring,” Fernandes said.

The new 5G level of wireless service is expected to deliver significantly faster download speeds compared with today’s LTE networks and make new technologies possible. While there are foreseeable consumer applications for 5G such as virtual reality, Fernandes expects a bigger initial value from machine-to-machine applications used by communities and businesses.

“There’s only so much throughput you can get on a handset device to watch a video. That’s not really the relevant application,” Fernandes said. “It’s when you start seeing virtual reality, when you start seeing smart cities – that’s where I think we’ll see really exciting innovations come from.”

For example, Fernandes said, a city with 5G-connected traffic monitoring would assist self-driving vehicles that are currently being developed and rolled out on a limited trial basis in various countries.

“Autonomous vehicles today have sensors within the vehicle itself. But the vehicle can only see what it can see,” Fernandes said.

A 5G network would be able to enhance the driverless car’s capabilities by warning it of hazards beyond its sensor range, such as a bicycle coming towards it from around a corner. In order for that to work, Fernandes said, Rogers is preparing to modernize its wireless network by vastly boosting the number of transmitters capable of connecting thousands of sensors within a city to automated vehicles. While Rogers has been using the Rogers Centre stadium to test frequencies and network optimization, Fernandes said there’s no clear timeframe for expanding its 5G testing in the city of Toronto. The Sidewalk Labs project to design a high-tech neighbourhood in Toronto “from the internet up” is one of the partnerships being looked at, he said.

However, Fernandes is already working to boost infrastructure _ including more extensive fibre optics, new electronics and additional towers _ so that its network will be ready to go once the software has been finalized. The Ottawa trial of 5G core capabilities will be performed after Release 15 of the 5G standard comes out _ likely in June _ which will dictate how 5G devices should talk with 4G networks. The two main rivals for Rogers – Bell Canada and Telus – have claimed their current 4G networks have a speed advantage but Fernandes said it’s not a significant factor to customers and promised to surpass them.

“I am not catching up to be ‘as good as.’ We will be leading in this business, make no mistake about that.”