South Korean tech giant Samsung just gave the growing Internet of all Things (IoT) market a huge boost, announcing it will be combining its IoT Cloud platform with its entire line-up of products. 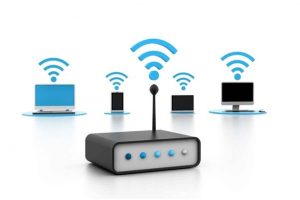 The push towards widespread adoption of IoT technology has been slow but steady as of late, with many companies in the space showing promise, including Impinj Inc., Qualcomm Inc., Texas Instruments Inc. and Edgewater Wireless Systems Inc. Already, much of our ‘things’ are becoming connected in one way or another.

According to market research firm, Gartner Inc., there will be 8.4 billion ‘things’ connected and being used in 2017. This is a significant 31% increase-just from 2016. Even more impressive is that according to Gartner, spending on endpoints and services will reach almost $2 trillion by the end of 2017.

However, one area of the IoT wave that cannot be overlooked due to its core importance to connectivity is in the area of Wi-Fi innovation. Innovators in this space, such as Edgewater Wireless Systems Inc. are gaining attention with each new milestone in the IoT sector. With its patented Wi-Fi3 technology, aimed at boosting connectivity and improving capacity in high-density applications, Edgewater could be a central figure in the IoT revolution.

Back in August, Samsung introduced its first IoT-enabled washer-dryer, called the ‘FlexWash,’ with plans for mass production in the coming years. But, it was the latest comments by Patrick Chomet, Samsung’s EVP of the product and innovation team of mobile communications business,  that hinted at what’s to come from the tech giant.

“We are trying to implement IoT Cloud for all of our products in the future. IoT is Samsung’s effort where all products made by the mobile division, for instance, are on the Cloud along with other flagship appliances such as refrigerators and TVs,” says Chomet in an interview with IANS.

While Samsung is bringing excitement to consumers looking to connect their devices, it has also recently taken measures to calm the more cautious types out there as well.

Just a couple days prior, Samsung announced the launch of its integrated Secure Element (SE) solution for its IoT applications, offering a turn-key service for both it hardware and software needs.

As the benefits of IoT begin to multiply, so too do the potential security risks.

Samsung is already addressing these risks. The SE solution should help Samsung product users protect their sensitive data in the moment of any breach detection. For these products to work in tandem with the rest of the IoT spectrum, Samsung can’t go it alone.

The importance of staying connected

Gartner’s research also provided insight as to the true potential of the IoT world to come. According to their 2017 report, there will be 8.4 billion ‘things’ connected by the end of the year. However, by 2020, Gartner’s team predicts that number will skyrocket to 25-billion smart devices-An almost 300% increase in less than 3-years.

In order for these devices to achieve their functional potential, they will be leaning heavily on the overall connectivity of the networks they access the internet through. By 2021, researchers at ABI Research anticipate more than 20 billion cumulative Wi-Fi chipset shipments will be made, and by that time, 95% of devices will support 5Ghz Wi-Fi.

Seen as an efficiency improvement, IoT options can lower operating costs, increase productivity, and allow for the expansion into new markets or new product lines.

Already the improvements are being seen such variety of sectors from car rentals, to public education, to even wineries. As these systems improve, the Wi-Fi networks that handle the data they submit and receive will also need to adapt and improve.

Which is why Edgewater Wireless Systems is surging ahead through its development of its proprietary Wi-Fi solutions. Through its designs and patents for new Wi-Fi solutions, Edgewater has addressed many of the issues that IoT devices either see now, or will see when the load on the network is greatly increased.

Edgewater has spent approximately $60 million so far, tackling high-density connectivity scenarios, such as would be seen in locations like airports, convention centers, stadiums, and any other large public spaces where people seek broad and safe access to Wi-Fi. The company has highlighted three issues that it seeks to solve, all of which impact overall Wi-Fi performance-Interference, capacity, and density.

The result has been the launch of Edgewater’s patented WiFi3 technology, which has already drawn significant interest and acclaim. Along with partner, Galgus, Edgewater recently announced it would build the world’s first WiFi3 Solution with its partner’s ultra-intelligent Cognitive Hotspot Technology.

“Edgewater Wireless has a unique technology that enables very high concentrated wireless capacity. Where with other brands you would need to deploy 3 APs, Edgewater Wireless consolidates performance with just one AP,” says Jose Gonzalez, CEO of Galgus. “Wireless capacity planning is one of the biggest challenges today and even more so in the coming years. The combined solution of Galgus’ CHT and Edgewater’s WiFi3 allows network operators to be one step ahead in delivering the best performance to their customers and meeting their service demands.”

By combining multiple radio channels into a single chip, Edgewater’s technology increases connectivity by as much as 40%, compared to current Wi-Fi options. As IoT growth surges, Edgewater is optimistic so too will the growing interest in the company’s role in Wi-Fi innovation.

Where the Internet is heading

According to the Gartner report, global spending on the IoT will nearly hit $5 trillion in the next five years-as more and more connected devices hit the market, further pushing the boundaries of data processing and connectivity.

The IoT is spreading rapidly, and is positively disrupting businesses, consumer activities, as well as government planning-all with the expressed goal of improving lives, and how we interact.

Through the hard work of all types of teams, from multi-billion dollar corporations like Samsung, to relatively-new innovators such as Edgewater Wireless Systems, everything will soon be connected.