SEMI-MSIG’s MEMS & Sensors Executive Congress (MSEC) held this week in San Jose CA, challenged industry executives to see beyond traditional dividing lines of human-machine interaction. MEMS and sensors were hailed as the enablers for pervasive, connected and contextually aware computing and seen as drivers for an explosion of new applications and possibilities. Securing autonomous vehicles from hackers and improving crop yields to feed the 10 billion people we will have on the planet by 2050 were two popular examples of new applications.

Lama Nachman, Intel fellow and director of the company’s Anticipatory Computing Lab, explored contextually aware systems during her keynote. “As technology is being woven into every aspect of our lives, sensing has become ubiquitous,” said Nachman. “That’s because innovation in sensors, including the continuous improvement in fidelity and reductions in size and power, have made sensors increasingly indispensable. To create more proactive technologies that anticipate our needs, we can use sensors to imbue technologies with a deeper understanding of the user, their activities, their emotions and their intents. Leveraging machine learning and computation, we can now turn what we think of as ‘noise’ into meaningful information in ways that we had not previously imagined. Wireless signals can monitor breathing and heartrate. Magnetometers can detect mode of transport.”

Nachman exhorted MSEC attendees to enable more configurable sensors so researchers can continue to push the boundary and innovate in unpredictable ways. 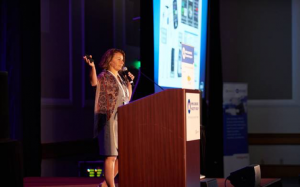 Lars Reger, CTO, NXP Automotive Business Unit, described the essential and extensive use of MEMS and sensors in automotive connectivity, autonomy, electrification, and safe and secure mobility during his keynote. Reger noted that “motion sensors are the key to increasing security in keyless entry systems, reducing hacking.” He concluded that “entering a new era of automated driving requires functional safety and security,” telling MSEC attendees, “we need the best sensors to achieve a failure-free model in autonomous vehicles.”

Alissa Fitzgerald, founder and managing member, A.M. Fitzgerald & Associates, noted that the pipeline for emerging technologies generally begins with university labs turning out proof-of-concept devices. “The next $1B product is lurking in a lab somewhere,” said Fitzgerald. She also encouraged attendees to look for key trends in emerging technologies, citing “ultra-low power, a migration from capacitive MEMS to piezoelectric sensors and actuators, the stagnation of silicon sensors, and a movement toward paper and plastic sensors.” She drew her results from a review of more than 500 papers from academic conferences, filtered for commercial viability. 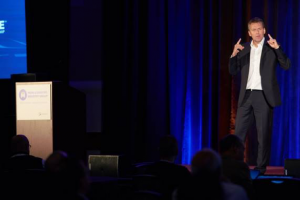 Henri Hekman, CEO and president of SoilCares BV, explained how his company is using MEMS near infrared (NIR) devices to scan soil samples. “To feed a surging global population, we cannot increase arable land so we must increase agricultural productivity. The place to start is in the soil.” Hekman said that SoilCares is conducting trials in Africa and North America as it launches in 20 countries in 2017. 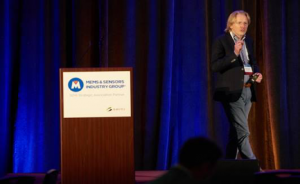 SEMI-MSIG Executive Director Frank Shemansky expanded upon themes from MEMS & Sensors Executive Congress. “From device-makers to commercial application developers, there was a collective buzz around ubiquitous intelligent sensing,” said Shemansky. “Speakers explored the critical role of sensing in more natural and immersive user interfaces, including voice, in interpreting emotion, in anticipating needs, in managing medication, and in providing safer, more secure ways to build autonomous vehicles that will actually save human lives. As we look toward 2018 and beyond, the MEMS and sensors industry will continue to work closely with the consumers of our products, as we help them to further advance human-machine interaction in meaningful ways.” 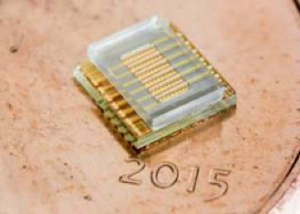