More Canadians than ever are getting connected to consumer tech products, according to the latest Consumer Technology Ownership and Market Potential Study in Canada – the Consumer Technology Association’s (CTA) second annual in-depth look into the Canadian consumer technology market. The study shows smartphones, fitness trackers and smart home devices had the largest nationwide increases in Canadian ownership over the past year. 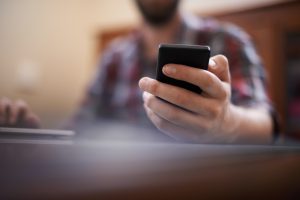 “Ownership of connected devices is skyrocketing, as more Canadians discover and embrace the many benefits and conveniences these innovations deliver,” says Steve Koenig, senior director of market research, CTA, “Building on the insights from our first study in 2016, we found Canadians increasingly see connectivity as an essential part of their daily lives, whether at home, in the office or on the go.”

When it comes to overall ownership, three screens continue to dominate the Canadian consumer tech market. According to CTA’s study, nearly all Canadian households (96%) own a television, while a majority own a smartphone (80%) or notebook computer (73%). Notably, cellphone use (34%) now edges out landline use (30%) among Canadian households that use one or the other exclusively. Another third of Canadian households (34%) say they use both landlines and cellphones.
“We all know Canadians love their smartphones, but we’re also seeing Canadians embrace a wide range of innovative technologies to further enhance their digital lifestyles,” said Koenig. “Smart home devices in particular saw amazing growth, with household adoption up eight percentage points over the past year.And more Canadians are discovering the health benefits of wearable technology, as fitness trackers saw a six percent jump in ownership.”
CTA’s study also identified distinct tech ownership trends across provinces and regions in Canada:

Western Canada: Alberta leads the country in 13 categories of consumer tech adoption, including smartphones and smart home devices. One in three households in Manitoba and Saskatchewan owns a portable gaming system, the highest rate of ownership for these devices.

Ontario: More Ontario households own tablets (68 percent) and e-readers (34 percent), and the province leads the country in adoption of ‘other’ smart home devices (20 percent) beyond smart thermostats and cameras.

Quebec: Automotive technologies such as Bluetooth hands-free devices are most desirable among Quebecers, with one in five Quebec households owning a dash cam.

Atlantic Canada: This area leads the country in the ownership of wearable fitness trackers (37 percent) and videogame consoles (56 percent).

One in four Canadian households expects to purchase a smartphone in the next 12 months, 92 percent of whom are repeat buyers;

Among Canadian households considering a purchase of a smart thermostat, action camcorder or virtual reality headset, 90 percent will be buying one for the first time;

Based on the ownership data, 400,000 Canadian households now own a drone.

The study’s results were obtained using telephone survey questions among a random national sample of 1,000 Canadian adults, between July 13-20, 2017. The complete study is available for free for CTA member companies at members.CTA.tech. Non-members may purchase the study in the CTA store.