BC Tech Cube signals opportunity for startups in 3D development for entertainment, business and industrial applications.

Vancouver’s tech industry gathered recently to witness the opening of BC Tech Cube (‘The Cube’), Canada’s first virtual, augmented and mixed reality hub. Its creation marks continued growth for 3D development in the city, which has already resulted in 17,000 jobs and 2.3B in revenue, and will stimulate the creation of new startups, further solidifying British Columbia’s reputation as a leader in augmented reality (AR), virtual reality (VR) and mixed reality (MR) for entertainment, business and industrial applications. 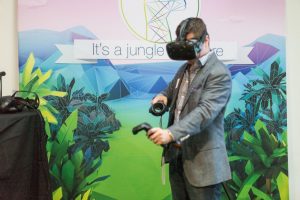 The Cube, located in the Railtown district of Vancouver, is designed to support the growth of companies in the AR/VR/MR space and serve as a platform for the community to connect, collaborate and learn from one another. It was established as an extension of the BC Tech Innovation Hub in collaboration with local tech companies and industry leaders. The 6,000-square-foot hub supports early stage entrepreneurs and corporate innovators, enabling connections with partners, customer applications and investment opportunities, ultimately leading to faster growth.

“By providing entrepreneurs with the tools, support and environment, we’ll be able to supercharge the growth of BC’s burgeoning AR/VR/MR sector and reinforce our reputation as one of the top ecosystems to grow a tech company,” said Bill Tam, CEO of the BC Tech Association. 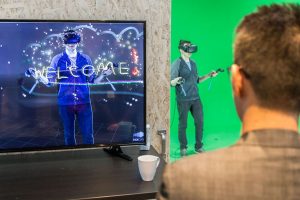 Members at The Cube have access to the latest tech gear, business-building workshops, mentorship and technical training programs, industry events held at the hub and access to investors, customers and talent. The workspace features a fifty-desk open office, private offices, virtual tech gear and a custom-built green room.

Navdeep Bains, Minister of Innovation, Science and Economic Development and Bruce Ralston, BC Minister of Jobs, Trade and Technology joined Vancouver mayor Gregor Robertson to jointly announce the launch of The Cube, which has been made possible by support from sponsors including the National Research Council – Industrial Research Assistance Program’s Canada Accelerator and Incubator Program, Microsoft Corp., AMPD Game Technologies, Finger Food Studios, Archiact and Work at Play. 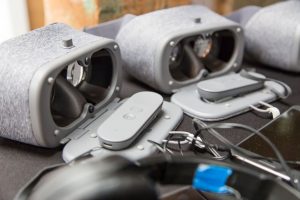 The opening of The Cube is part of a digital transformation within the province that is not limited to the technology industry, but encompasses some of British Columbia’s leading industries such as healthcare, natural resources, environment, architecture, medical research, bioscience, data analytics, video games, transportation and more. As the world moves rapidly towards a data-centric economy, the developments in virtual, augmented and mixed reality will be essential to allowing companies to visualize information, make better business decisions and create new tech jobs that will cement Vancouver and British Columbia as a global center of excellence for AR/VR/MR.