Nanoport Technology Inc., a Silicon Valley-based R&D lab creating next-generation breakthroughs in mobile, has revealed a first-of-its-kind haptic technology that adds new tactile feel to mobile devices at a fraction of the power. 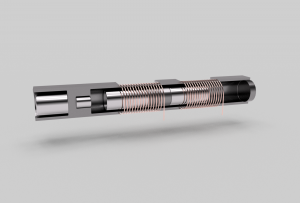 Originally formed in Waterloo ON by a group of Canadian-based engineers, Nanoport rolled-out its first-ever public look at its technology during the Mobile World Congress Americas conference this week.

With a patented magnetically balanced design, Nanoport’s haptics solution provides the first 3-mode tactile feedback actuator on the market. While most conventional haptics rely on bursts of controlled vibrations, the TacHammer is also able to generate individual pulses, taps, clicks and even sharp jolts. 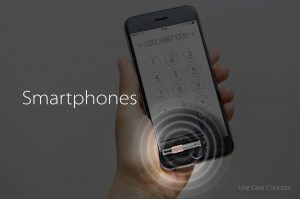 “Imagine a mobile video game that lets you feel the tremor of rolling thunder, the rattling kickback of gunshots, or the soft pulsations of a beating heart. The TacHammer opens up opportunities for new form factors and creative use cases,” says Tim Szeto, CEO and founder of Nanoport. “Software developers can now use haptics to make their software UI feel like it has physical buttons.  Maybe one day we won’t need any real mechanical buttons at all.”

* Up to 5 x more power efficient than leading haptic technologies 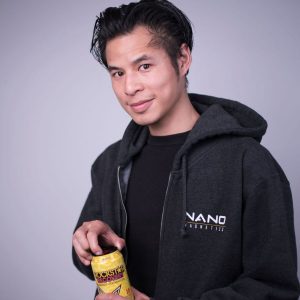 * Sharp Impulses – efficient production of sharp haptics such as snaps, jolts, and clicks that mimic the sensation of a physical button press.

Suitable for mobile, wearable, console gaming and automotive applications, Nanoport’s patented technology is scalable for custom applications that require stronger haptics and unique form factors. The company is currently working with leading OEMs to bring haptics to next generation devices.

Born in Toronto, Szeto is a multiple patent holder and an Ernst & Young Entrepreneur of the Year nominee. He started programming at the age of 12 and founded his first company, an Interactive Agency, at 16. Generating $500K in annual agency revenue just shortly after high school, Szeto proceeded to build successful startups in Silicon Valley and Toronto. He started Nano Magnetics in 2009, creating Nanodots Magnetic Constructors, an award-winning consumer product with major retailer distribution in over 40 countries.

Szeto is also the Chairman of the International Consumer Magnets Association (ICMA) and studied business administration at York University in Toronto.