In an effort to accelerate commercialization of its self-driving car technology, Torc Robotics has partnered with NXP Semiconductors to integrate next-generation radar into its self-driving vehicle fleet. NXP is the world’s largest chip supplier to the automotive industry. 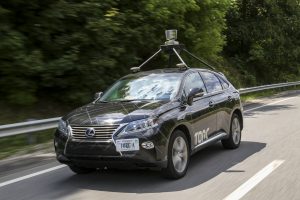 The Torc self-driving system for consumer cars uses NXP radar chips, which boost the car’s perception capabilities by enhancing 360-degree vision and providing real-time information about objects around the car.

“For over a decade, Torc has been working with partners across multiple industries to make the world a safer place through the commercialization of our autonomous technology,” says Torc CEO Michael Fleming. “Combining our end-to-end software stack with NXP’s innovative radar hardware is another step towards reaching that goal.”

Torc’s self-driving system for consumer cars, which was unveiled earlier this year, already incorporates NXP TEF810x and MPC577xK radar chips. The tiny, unobtrusive sensors incorporated into the car’s radar boost its perception capabilities by enhancing 360-degree vision and providing real-time information about objects around the car. 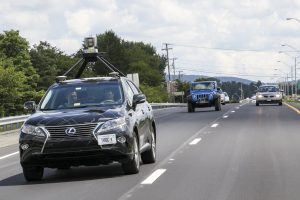 The Torc self-driving car maneuvers in urban and rural traffic as well as on freeways. The self-driving system uses multiple radar sensors in the front and back, as part of a multi-sensor system that includes cameras and LiDAR.

NXP technology played an integral role in helping the Torc car autonomously drive 4,300 miles coast-to-coast and back, said Fleming. A key benefit is the ability to integrate Torc’s proven algorithms using raw data across multiple sensors. “Access to raw sensor data is a key differentiator between us and the competition,” he added. “It helps us push the envelope on sensing while maintaining the reliability needed to test in real-world environments.”

Torc’s self-driving cars use multiple radar sensors in the front and back. They are part of a multi-sensor system that includes cameras and LiDAR, which enable Torc’s perception software to detect objects in complex driving environments.

“We still strongly believe in the multi-modal approach that helped our team cross the finish line 10 years ago in the historic DARPA Urban Challenge,” Fleming said. “It uses the strength of each sensor across the broad range of challenging driving environments. Radar excels in situations where cameras would not, such as rain, fog, or night driving.”

Fleming said NXP’s radar hardware is and will continue to be a key component of Torc’s self-driving vehicle fleet. As part of their partnership, Torc and NXP will collaborate on testing results and new developments in radar technology.