IEEE, a global engineering technical professional organization, has teamed with the IEEE Standards Association (IEEE-SA) to announce the approval of the IEEE P7130—Standard for Quantum Computing Definitions project. 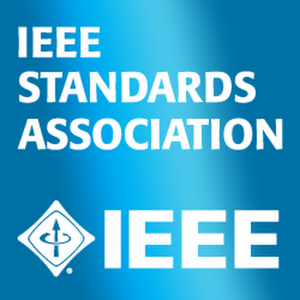 IEEE P7130 will define terms related to the physics of quantum computing including quantum tunneling, super position, quantum entanglement, as well as other related terms and terminology that will be updated as technological advances are made.

“While quantum computing is poised for significant growth and advancement, the emergent industry is currently fragmented and lacks a common communications framework,” says William Hurley, chair, IEEE Quantum Computing Working Group. “IEEE P7130 marks an important milestone in the development of quantum computing by building consensus on a nomenclature that will bring the benefits of standardization, reduce confusion, and foster a more broadly accepted understanding for all stakeholders involved in advancing technology and solutions in the space.”

“IBM is part of quantum information’s history, since its foundation more than 30 years ago. And we’ve been championing important terms, metrics, and scientific methods ever since,” adds Jerry Chow, manager, Experimental Quantum Computing, IBM Research and IEEE P7130 working group participant. “This standards project will help anyone from students to seasoned quantum scientists nucleate around a common language, while keeping up with the field’s rapid pace of change, and further accelerate pioneering experiments and explorations in quantum computing.”

“1QBit works with a variety of classical, quantum and otherwise non-standard processors, which necessitates communication between multiple external teams, across a wide range of industries, discussing many different types of computing systems,” said Andrew Fursman, CEO 1Qbit and IEEE P7130 working group participant. “IEEE P7130 “Standard for Quantum Computing Definitions” provides a valuable service to 1QBit, our partners in quantum computing, and the many industries with which we intersect.”

“Confusions exist on what quantum computing or a quantum computer means,” notes Professor Hidetoshi Nishimori of the Tokyo Institute of Technology and IEEE P7130 working group participant. “This partly originates in the existence of a few different models of quantum computing. It is urgently necessary to define each key word.”