Following commercialization in the 1990s, today metal 3D printing has established itself as an attractive manufacturing solution for prototyping and beyond, according to the results of a report from  IDTechEx Research. Metal printer manufacturers and materials suppliers are poised to capitalize on this unmet demand, with the 3D printing metals market to be worth $12B in 2028, says the intelligence report, which analyzes implications of this emerging sector. 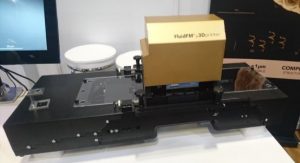 Direct metal laser sintering (DMLS) remains the dominant printer technology by total installed base at the close of 2016 with an 84% market share; the remainder of the market is fragmented across the other 4 major technology types. Although other nascent metal printing technologies such as liquid metal deposition, metal + polymer filament extrusion and electroplating had not been commercialised in 2016, they stand to take significant market share over the medium to long term as they compete with established technologies on price and specification.

One of the most prominent debuts of this year is Desktop Metal, which stands head and shoulders above other metal start-ups: the capital they have raised since 2015 represents just under half of the total raised by metal 3D printing enterprises. Hype-free analysis of the latest technologies to hit the market and their growth potential is included in the report. 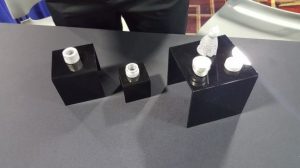 In recent years, printer sales have enjoyed exponential growth rates; this is set to continue as new technologies at lower price points hit the market. The total installed base for metal printers will continue to see a very strong CAGR of 23% between 2018 to 2028. In the long term, material revenues will grow at a significantly faster rate than for printers. This is due to a combination of customers seeking more cost effective printers and materials suppliers catering to an ever-increasing installed printer base, the majority of which will still rely on some form of powdered metal feedstock.