Last week, students from around the world traveled to St. Louis MI, putting their innovation skills to the test at the annual FIRST Championship presented by Qualcomm Inc., held at various venues throughout the city. 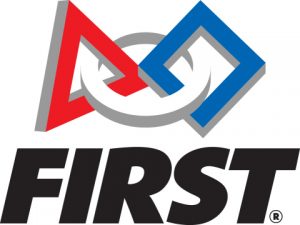 The four-day event, attended by more than 30,000 people, came down to a heart-pounding conclusion in front of tens of thousands of cheering fans when four teams from around the USA, earned the FIRST Robotics Competition awards. More than 83,000 students on 3,336 teams from 25 countries competed during the 2017 season, including many Canadian-based teams.

Among the big winners from Canada included Team 1325 Inverse Paradox, a robotics team located at Gordon Graydon Memorial Secondary School in Mississauga ON. The team, lead by Tanreet Dhaliwal, was named the 2017 FIRST Championship Winners – Dean’s List Award. The Gordon Graydon-based team consisted of 55 high school students from grades 9 to 12, worked together to build a 120-pound industrial strength robot, while maintaining a strong outreach promotion in STEM (Science, Technology, Engineering and Math) subjects within our community. 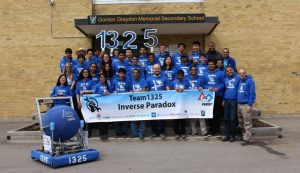 Other FIRST Robotics Competition Awards captured by Canadians at the event include: