Waterloo’s Communitech Data Hub to open in May 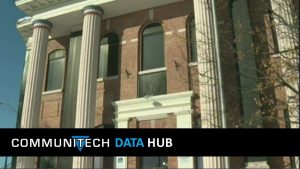 Slated to open mid-May in a former police station at Erb and Albert streets, the Communitech Data Hub will help startups, medium-sized companies and large enterprises to capitalize on and collaborate around big data and the Internet of Things. It will also house Canada’s Open Data Exchange.

“We have all seen the tremendous success of Communitech’s Hub,” said Waterloo Mayor Dave Jaworsky. “The Hub’s blueprint, coupled with our strong academic research institutes, skilled talent and the right mix of current business will create a landing pad for data focused companies, placing Waterloo as a world leader in a new and emerging growth area.”

The 19,000-square-foot Data Hub will have room for about 14 data-intensive companies and 125 people. The facility will house Quantum Valley Investments with an office in the building. The federal government’s Open Data Exchange will move from the Tannery building in downtown Kitchener into the Data Hub as well. IBM I3, IBM’s innovation incubator project, also will be there.

The Ontario Centres of Excellence and IBM funded the I3 Project, which aims to help up to 500 small and medium-sized businesses fast-track the launch of new technologies. IBM is putting in $24.75 million into the I3 project.

“We are thrilled to reclaim a former municipal building and transform it into a hub for data-intensive companies,” said Iain Klugman, President and CEO of Communitech, adding that the new facility “will emulate best practices of the Communitech Hub, supporting companies focused on open data, high-performance computing, cyber security and smart cities technology.”

The Data Hub will operate much like the Communitech Hub. It will be open to the public from 9 a.m. to 5 p.m., but startups will have 24-7 access. Data is at the core of some of the hottest areas in technology right now — artificial intelligence, the Internet of Things and smart cities.

With the City of Waterloo’s seed money in hand, Communitech hopes to attract investment from other levels of government and the private sector. The original Communitech Hub in the former Lang Tannery received a $500,000 seed grant from the City of Kitchener, which helped to catalyze tens of millions of dollars in economic activity and government support as startups, mature tech companies and corporate partners docked with the innovation centre. This activity, in turn, has helped spur other types of development and reinvigorate downtown Kitchener.