Tech leaders to keynote at Discovery 2017

Jared Cohen, founder of Google Ideas and president of Jigsaw, to give opening address at Toronto innovation gathering this May

Ontario Centres of Excellence has announced that Jared Cohen will be among the keynote speakers for the first day of sessions at Discovery 2017, being held May 15-16 at the Metro Toronto Convention Centre. 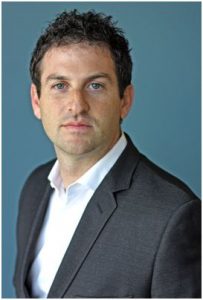 Jared Cohen, founder of Google Ideas and president of Jigsaw.

Jared Cohen will appear on the Discovery main stage on May 15 to speak about the new digital age, and to kick off two days of ideas, innovation and what’s next. Cohen is at the centre of technology and how it is changing the world, especially for the five billion people expected to come online in the next decade. As the founder and director of Google Ideas at Google and now the president of Jigsaw (Google Ideas successor arm within Google holding company Alphabet Inc.), along with his role as Chief Advisor to Alphabet Executive Chairman Eric Schmidt, Cohen is at the forefront of using technology to tackle some of our toughest global challenges.

A former advisor to two secretaries of state, Condoleezza Rice and Hillary Clinton, Cohen co-authored The New York Times bestseller The New Digital Age, with Eric Schmidt. The book considers the effects of a future dominated by technology as more people gain access to the Internet, gadgets and smartphones than ever before. Widely considered a leading thinker in technology and global affairs, Cohen was named one of TIME Magazine’s “100 Most Influential People.”

Cohen has spent his entire career using technology to solve seemingly intractable problems. As the world becomes increasingly complex, and more connected, Discovery 2017 participants can expect Cohen to provide an illuminating and entertaining glimpse into our future.

“It’s our goal every year to create a highly memorable experience for our Discovery attendees,” says Dr. Tom Corr, OCE’s President and CEO. “We know that Jared Cohen will provide the exciting and thought-provoking keynote address that Canada’s innovation community has come to expect from our award-winning annual conference.”

Named Canada’s Best Trade Show 2010 and 2011, nominated in 2016, and celebrating 12 years of bold, new ideas, OCE’s Discovery is Canada’s premier innovation showcase. It brings together the best and brightest minds in industry, academia, investment and government to showcase leading-edge technologies, best practices and research in the areas of energy, fintech, the environment, advanced health, digital media, information and communication technologies and advanced manufacturing. The annual conference and showcase attracts more than 3,500 attendees and 500 exhibitors.

For more on Discovery, visit www.ocediscovery.com